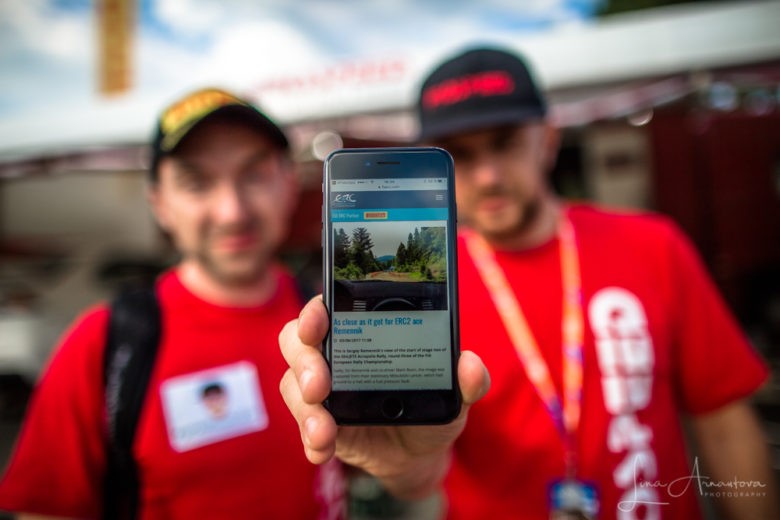 “What do you do for the rally?” Part 3: Media support

Well, the crew and the team are ready, but how do you, dear fans, find it out and, in particular, who will write this article for you? 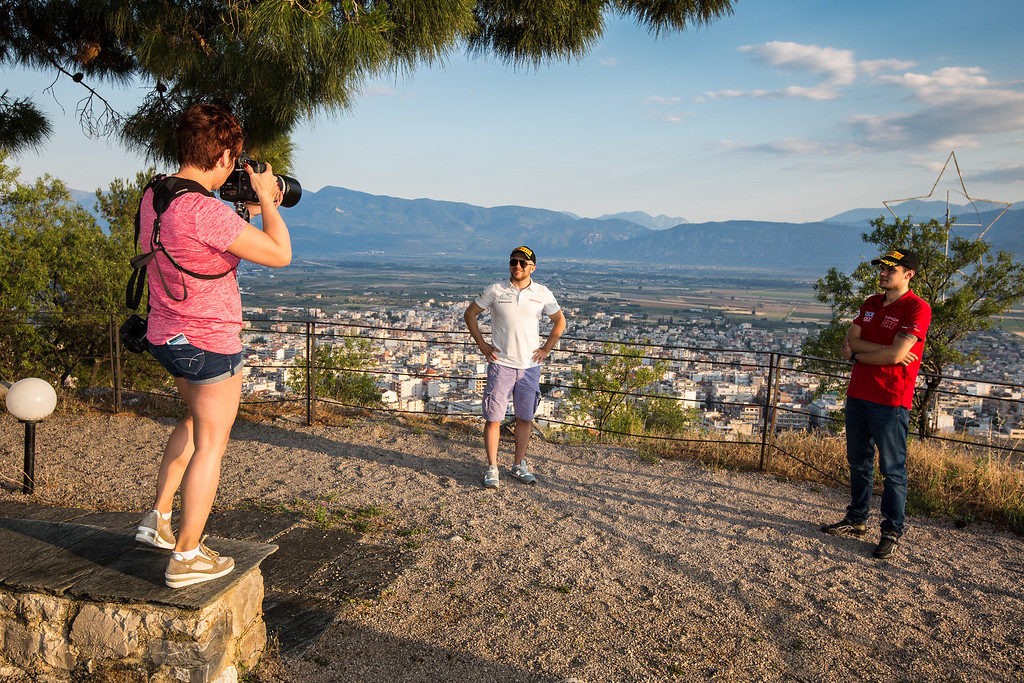 Portrait photo session is one of routine Lina’s works

For the media support team, the work on the previous rally flows into support activities for the next one. Work for the Rally Islas Canarias began, approximately, in a month – it was accreditation for the race, the study of the issued documents and the rally route. The future work always depends on the planned information events. Now the media team is preparing the texts of press releases, souvenirs, content for the videos that will be published daily and the texts for them. During the rally days one of the girls performs a large amount of work as a field correspondent and the team photographer, and the second “watches six” – transcribes the interviews, forms the team photo archives, supplies journalists with first-hand information, distributes releases, photos and additional information on available media channels. 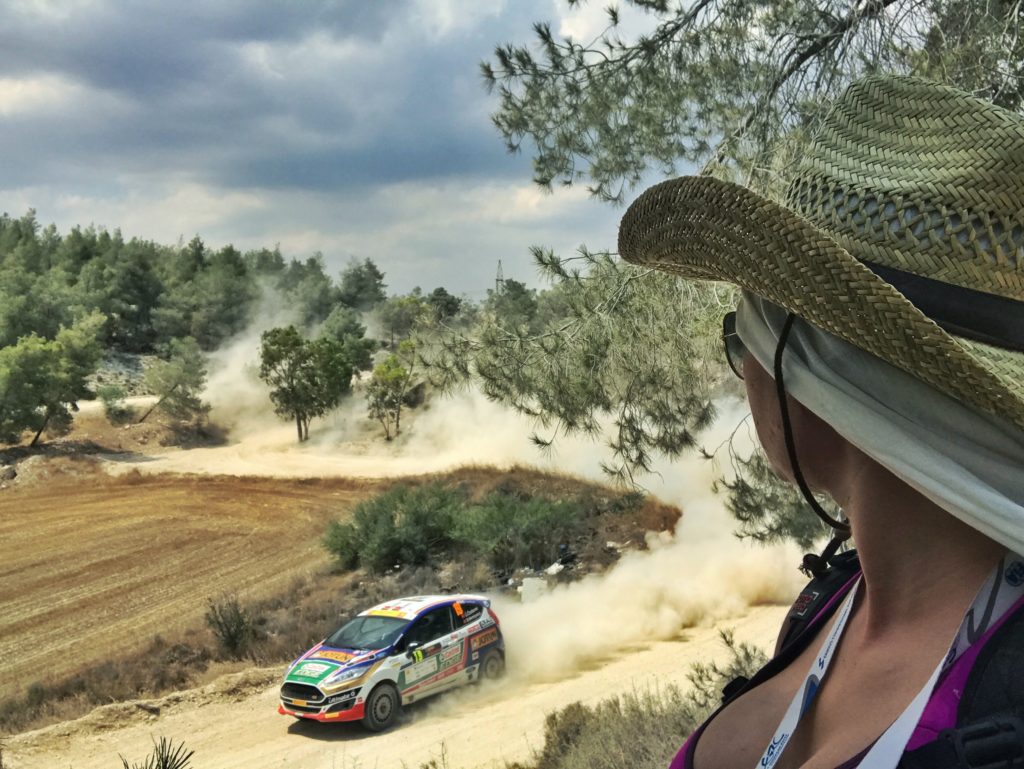 Photographers along the route regularly “sprinkled” with sand, soil particles or rubber from the tires of sports cars

Lina Arnautova, RPM team press officer and photographer, “I will come to the Rally Islas Canarias for the third time – I’ve driven the island far and wide and I have tracks of the past years special stages that I made during the recce. In my head there is an idea of what specific points of shooting I will visit. Since the Canaries are very familiar to me, I will arrive a couple of days before the start, and immediately work on the race will begin – it is a photo and video shooting. In the morning I will wake up before the racers, have breakfast, collect my photography equipment and leave for the point of future shooting – it is advisable to arrive there at least two hours before the cars will go, as there are always difficulties with parking; and it may be necessary to get through the crowds of spectators and marshals to the right place. It is always better to come to the first special stage while all the crews are driving, and no one “came out” of the field. In ideal conditions it is necessary to cover a maximum of points for shooting, come to the service park in the evening and have time to interview racers about their day. Usually after the evening service I leave to the hotel to process photos and prepare texts in more comfortable conditions than in the press center. Often after the special stages the first desire is to wash off the dust. Here the main thing is to do everything quickly and rationally: while photos and videos are uploaded and equipment is charged, there is time for a shower. Before going to sleep I collect the equipment and plan the next day. 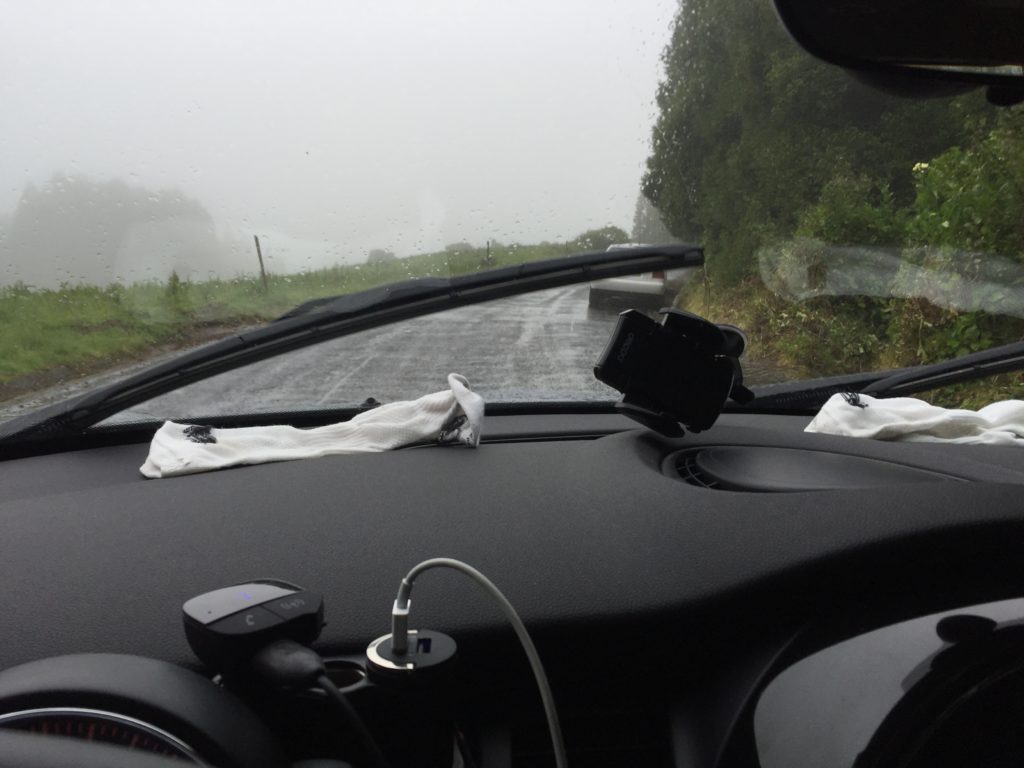 Socks, some dry on the special stage in the shower, dries on the panel until Lina moves to a new point shooting

Those who say that the photographer’s job is to come and press a button in a turn at the stage, have never tried to do it (laughing)! The course of events is usually seen like this: you arrive at the point, pick up the camera, make a couple of shots and leave on satisfied. In fact, everything happens differently – you rush on public roads, trying not to violate traffic rules, but overtaking spectators, come to a track adjacent to the right place at the stage, park the car. Then, as a rule, you go on foot about a kilometer, and sometimes two or three. You have a backpack with a water, a raincoat (just in case), a bag with a copter and my favorite six to seven kilograms of photo equipment – I try to leave the rest in the car, choosing a couple of necessary lenses for a specific point. It is for understanding the list of equipment and perspective at a certain point that photographers often pass through the rally route so as not to be in a situation when the marshals put you behind the ribbon and you can’t take any picture at all, since you do not have a powerful telephoto or vice versa – there is not enough wide angle of the camera. Here’s a sports cross-fit to the point of shooting. There you happily take pictures of passing crews, sometimes in not very comfortable conditions, take your things and make a march to the car to drive to the next point of shooting. Usually my passengers in the back seat fall asleep at this time (laughing)”. 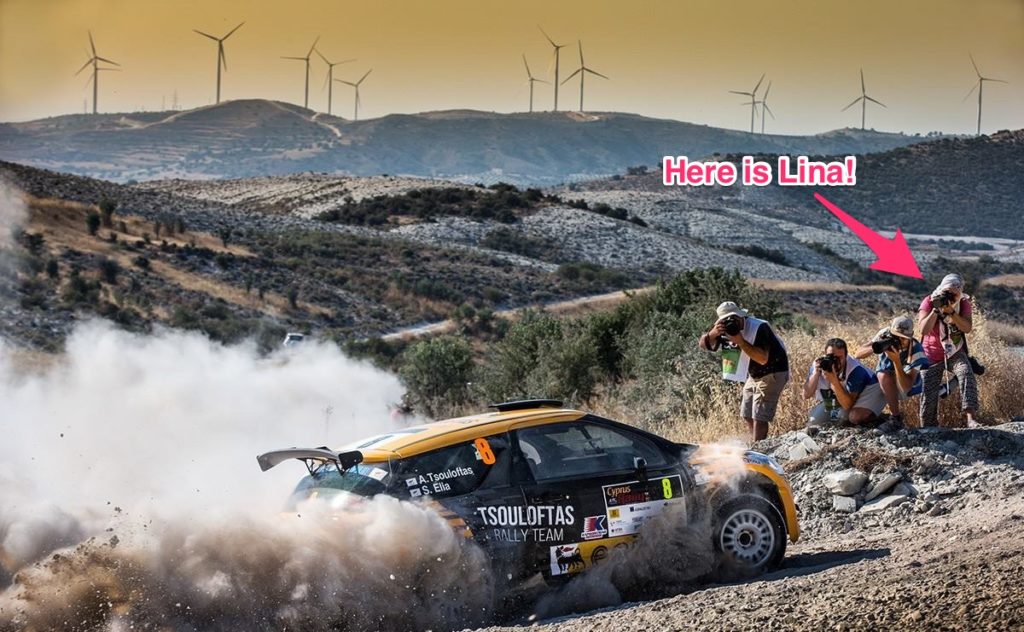 During the racing day both press officers – Lina and Olga – track the results of the crew online and watch what happened to the rivals – someone punctured a tyre, another one broke the suspension, in order to represent in detail all the movements of the competing crews in the virtual table of ranks. This information, like small notes, will be used in preparation for the press release on the outcome of the day. 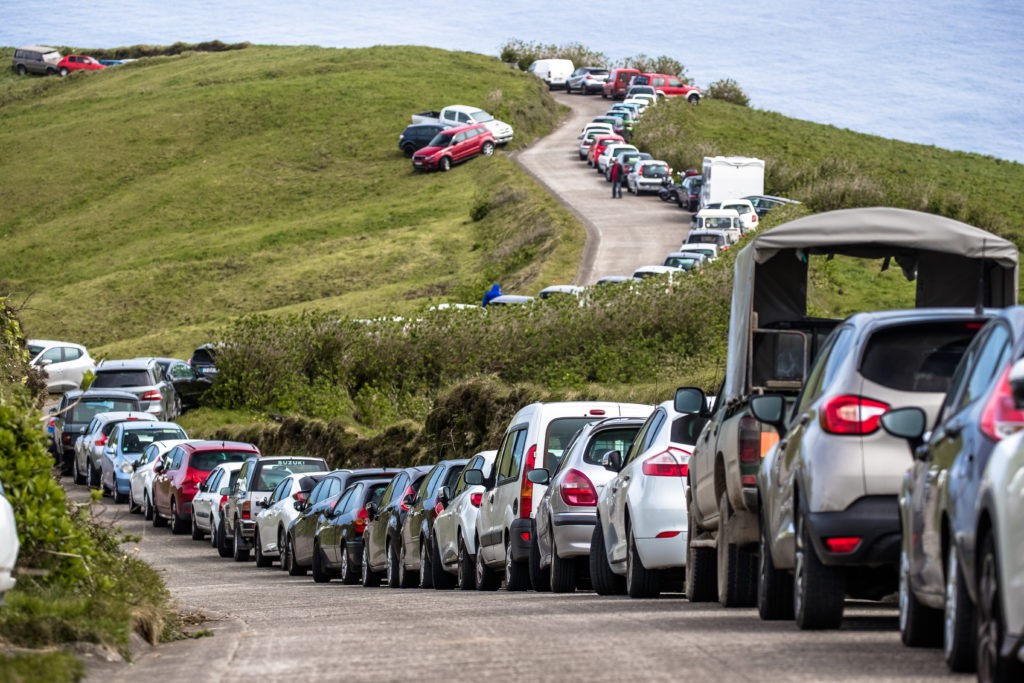 Parking spaces in the special stage, and to the point of shooting to go up the hill

P.S. And the press officers are sometimes needed to sew the stripes on the racers’ overalls in time, take them from the Park Ferme to the hotel, book a table in the cafe, so that no one remains hungry, and if necessary, become a recce crew, stopping to perform their direct tasks. But this is only in our team! 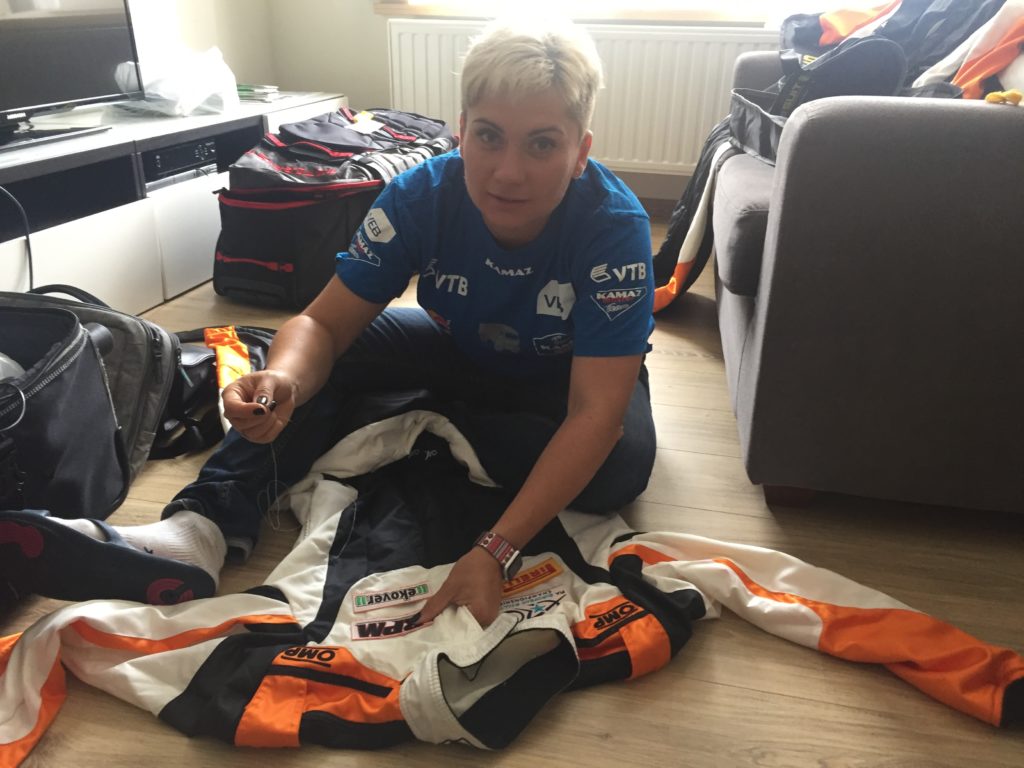 Sew logos on racing overalls? Well, it is necessary, so i do it!

Departure to the rally is the result of efforts of many people. A victory is not only the achievement of the driver and the co-driver but of the entire large team, where everyone is infected with the motor sport “virus”.

« ”What do you do for the rally?” Part 2: Technical support team
FIA European Rally Championship second round: push hard on asphalt »