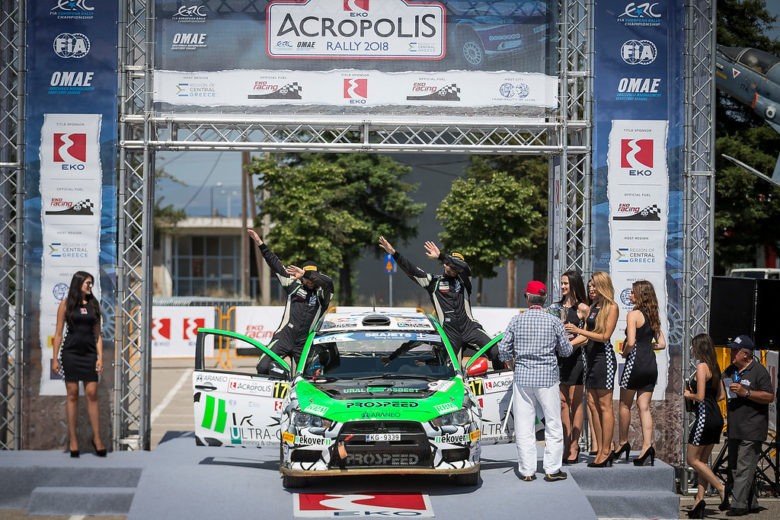 04.06.2018
NewsComments Off on Acropolis Rally: Russians lead in speed and points

The third round of the FIA European Rally Championship finished on Sunday in central Greece – the city of Lamia honored the winners of the EKO Acropolis Rally 2018. Two Russian crews performing for the Russian Performance Motorsport team completed the race with completely different results, nevertheless it allowed the RPM to remain the series leader. 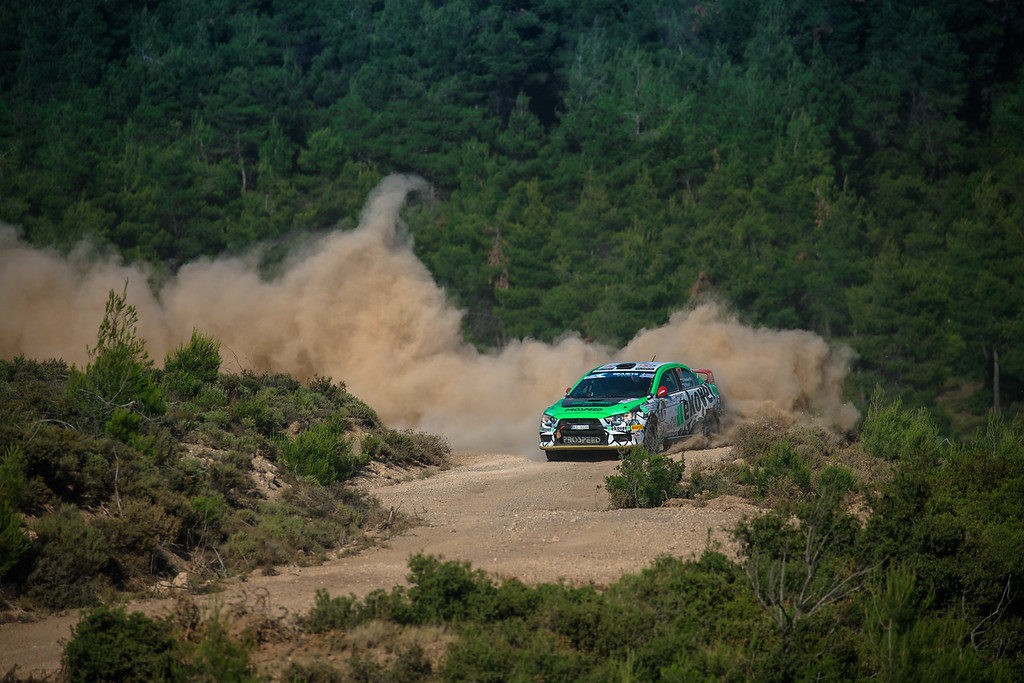 Alexey Lukyanuk, the European Championship main favorite, won the first day of the race on Friday, but Saturday morning brought troubles to the crew – the broken suspension arm of the Fiesta R5 and decided to retire and continued the race on Sunday with the help of Rally 2 system with a large fine for missed special stages. On the final day Lukyanuk showed his driving skills and received seven bonus points for the victory at the end of the day, so Petersburgers are still the series leaders – they have 83 points against 69 of Bruno Magalhães, who was able to win the race in Greece.

Alexey Lukyanuk, driver (Ford Fiesta R5), “On the second day, on Sunday, we had the task to score as many points as possible, namely for the day (maximum 7 points) and to take as many points as possible from Bruno Magalhães. Fortunately, we did it. Although at the first stage we had a problem with the brakes overheating – the brake fluid boiled. Then we “bled” the brakes; everything was perfect until the end of the day, there were no problems. Also, in a very narrow place of that SS I slipped and hit the tree with the rear wheel. I didn’t expect that it would be so loose there. I’ve damaged the hub, but we reached the finish line, losing a little time. It was a bit uncomfortable at first because of the brakes, but then we went at our own pace; the notes were good, we enjoyed driving. We were ahead of all the closest competitors for a minute.

In general, it was our rally, and it was necessary to win it. Saturday’s problem consisted 80% of a simple combination of ridiculous circumstances. The boss even told me, “Don’t drive slow. If you have a good gap, go at your own pace, don’t try to be too cautious, because you get out of the usual regime and start driving wrong”. Of course, we knew it, but we wanted to have the car undamaged here, so yesterday I was extremely cautious and outwitted myself.

I’m glad that we have speed and confidence, and a reserve of points too. Magalhães has scored only 2 bonus points today. It’s not as much as he could. Many participants “moved” him, and this is to our advantage. Sunday was a good training for us before the next race. Today everyone has driven a little bit relaxed, but we’ve had a good pace. I think, in Cyprus, we’ll have a good deal. We are waiting, we hope and believe”. 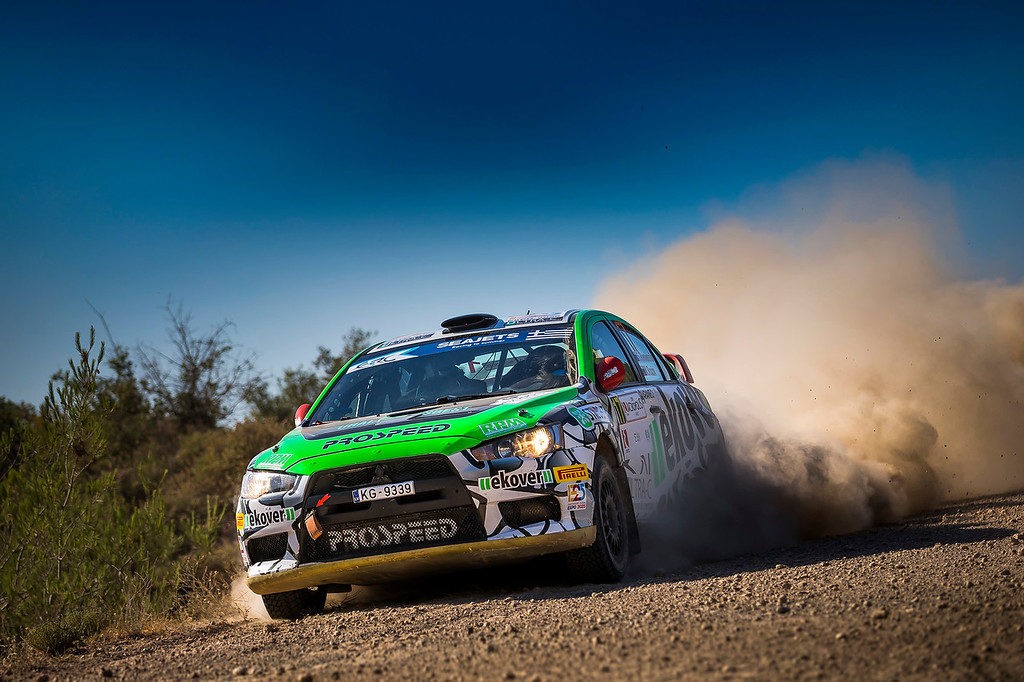 Sergei Remennik, the second RPM team driver, faced fewer problems in Greece, but surprised himself on Saturday, when he managed to puncture the same tyre twice at one special stage. According to Sergei, he has never changed the tyres as many times as in Greece. However, the flat tyres did not prevent the crew from entering the ERC-2 top three and finishing the difficult race on the second position. 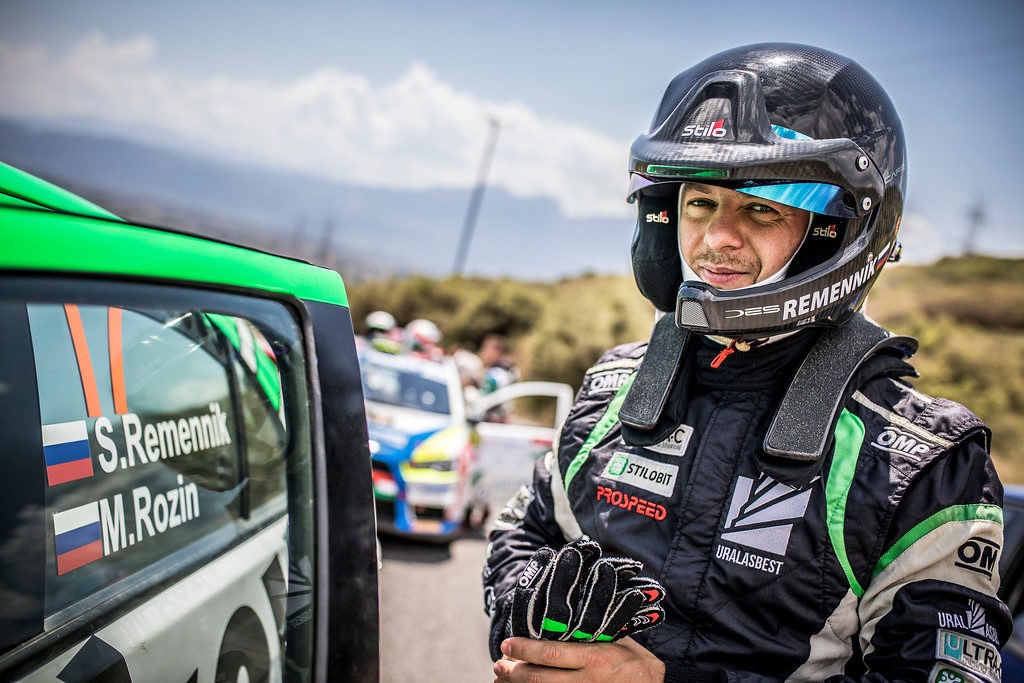 Sergei Remennik, driver (Mitsubishi Lancer Evolution X), “Finish at the Acropolis rally is a special experience, and I would like to repeat it! Two special stages before the finish line our competitor Tibor Erdi drove confidently ahead, which includes our tyre punctures. And there were three of us behind him: Juan Carlos Alonso, Petros Panteli and our crew, all in 10 seconds. After the day service there were two more stages, where we mobilized energy and pushed hard. Psychological pressure was incredibly strong, but it seems that we pushed more. Alonso didn’t cope with it (he went off the track at the final special stage), and Panteli had problems with his car.

To undergo such a long and difficult race is incredibly cool! Regarding the last year, we have much more experience now. It’s impossible to win the European Championship off the cuff. And even now there’s a whole bunch of things we need to comprehend. You can seriously claim for victory in the third or fourth year. But in the second… We’ve already learned to drive these long distances stably, but sometimes, when we try to accelerate, we get different unplanned “special effects”. We still need to work on this”. 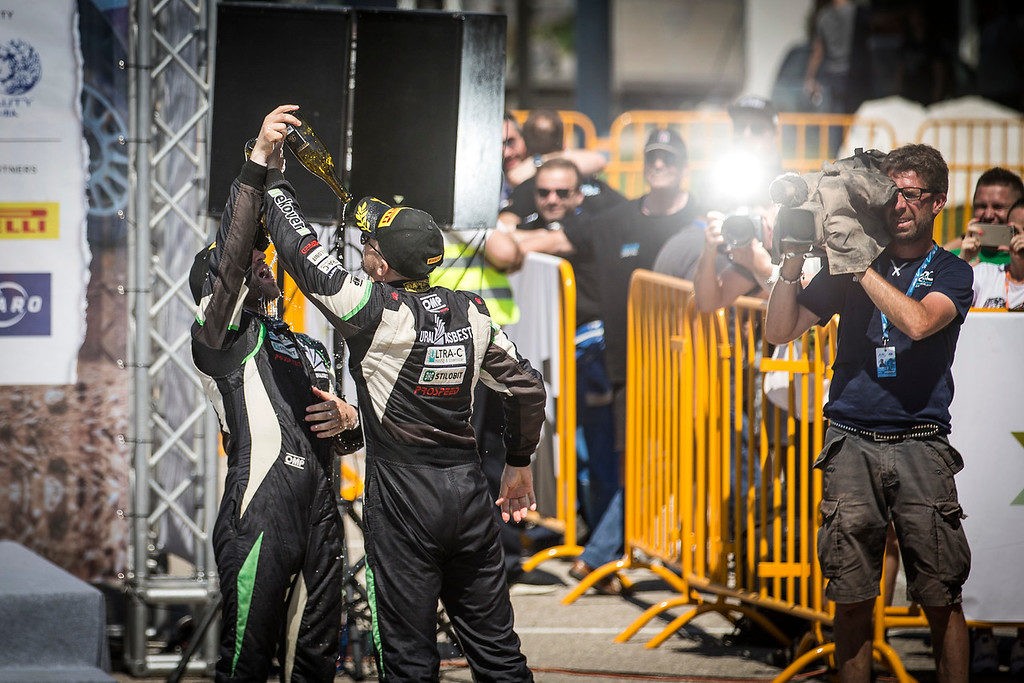 Following the three FIA ERC rounds, Lukyanuk and Arnautov remain the series leaders in the overall standings; while Sergei Remennik and Mark Rozin, having secured the second place in three rounds, keep the lead in the “Production” category.