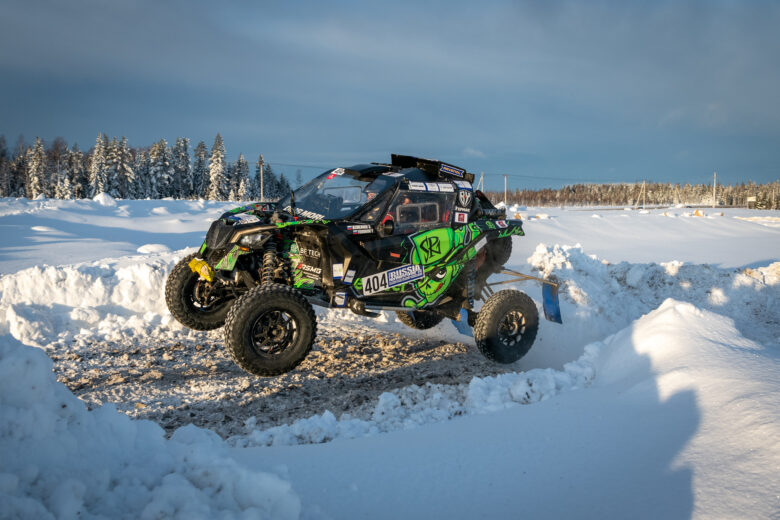 Sergei Remennik and Yaroslav Fedorov continue to learn the art of cross-country rallies in competitive conditions at the Baja Russia Northern Forest. But you can learn in different ways – Sergei and Yaroslav decided to learn in attack!

They set the fourth time overall at the second special stage, the sixth – at the third one. The first morning leg of Saturday passed like this. At the second passage there were the fourth and fifth times. And at the third one – the fifth and …third! Third position overall, one second behind Vladimir Vasilyev, the three-time Baja Russia Northern Forest winner, the two-time FIA World Cup for Cross-Country Bajas winner, performing in the T1 category prototype. How do you like that?

An important thing – unlike many rivals, Remennik and Fedorov managed to keep their SSV safe and sound. But there was such a danger – drivers in lightweight vehicles have had enough technical problems today…

Well, since the car did not fail and the pace was good, the only thing left for the racers was to enjoy the baja and get new impressions. 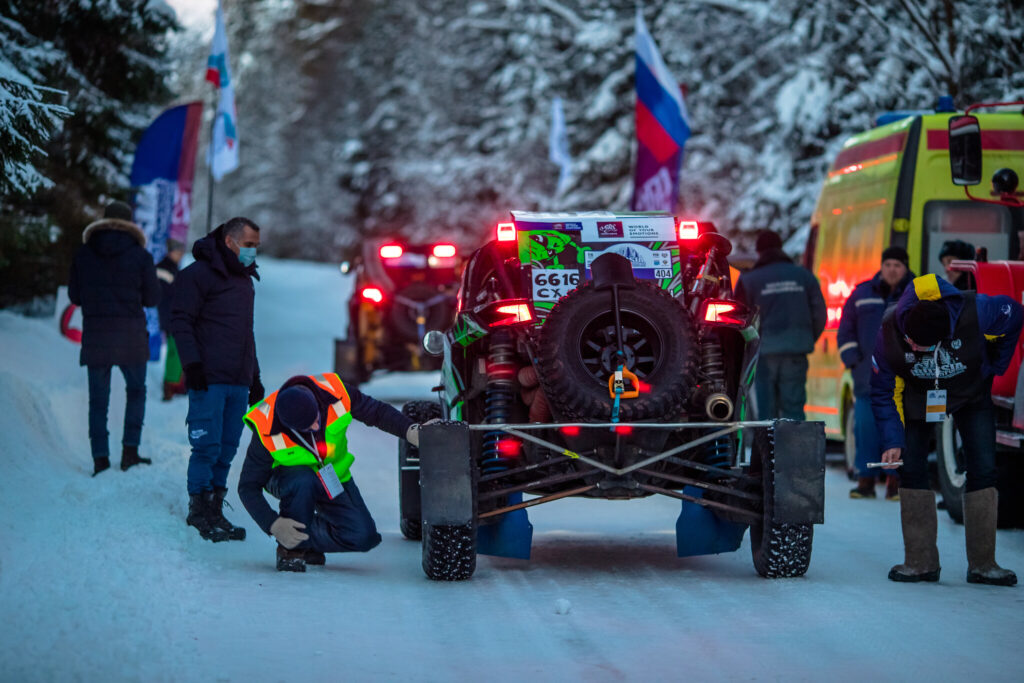 Sergei Remennik, driver, “Everything that happens with Yaroslav and me this weekend is marked as “surprise”. We are surprised by everything that happens around us. It is indeed a very interesting experience, an interesting adventure. But let’s draw conclusions in a more relaxed atmosphere when we get to the finish line. Our task is to finish this race. But what is happening with the track surface… makes the finish seem more and more illusive to us!

We just joked with Yaroslav, “Oh, you haven’t seen such roads, not that you haven’t driven on them”. It is really surprising that the Maverick is driving on such roads! But I see that there are several people in buggies – well, at least one who goes faster. I understand that the car potential is a little bit higher, that is, it’s not terrible to press further. It’s terrible when I drive into a corner to think that it will stand still in this corner. We will add pace gradually… If we start doing it sharp, I don’t know when something starts to break in it. 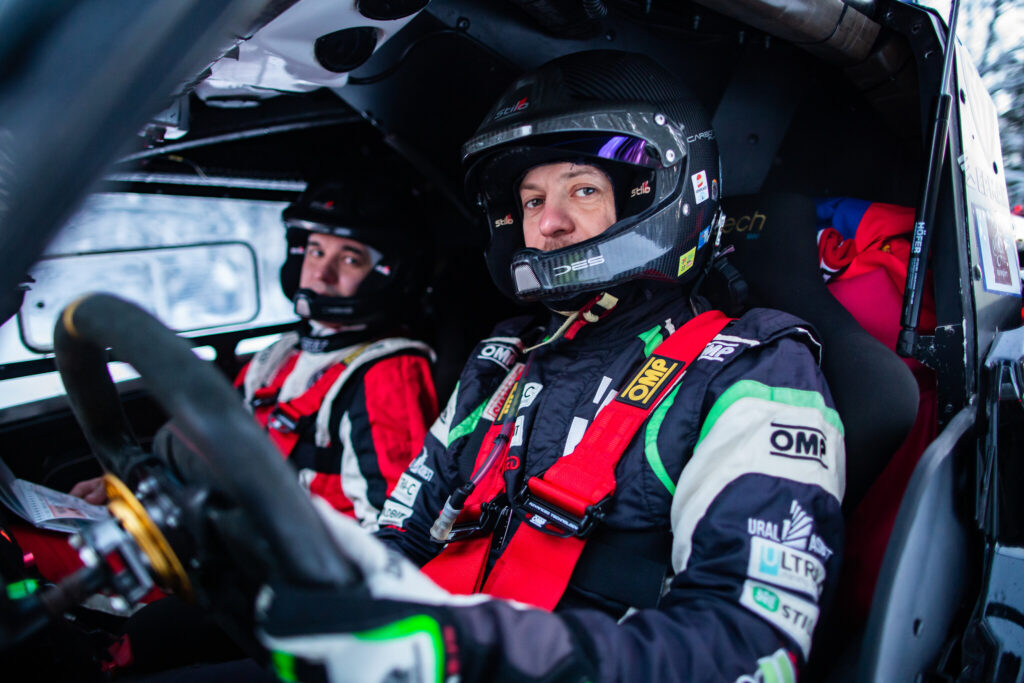 I’m really surprised about Anastasia Nifontova! It’s a very pleasant feeling, an incredible surprise, because I saw girls who ride next to me in a kart – they go fast and can be faster than me. But in a rally?! Anastasia is the first person who outraces me. And I’m impressed.

What is it like to “go using the eyes”? It’s awesome! I notice that Yaroslav is silent for a long time, I say, “Well, tell me at least what the next landmark is there…” It is unusual for me that there are large distances between positions. Yaroslav says that he feels like a slacker, that he is underworking. And I also miss something, because I’m driving, and these “voices in my head” that usually tell me what to do… they are gone. Maybe I’m cured? (laughing) And at the moment when I hear my co-driver, I feel well”. 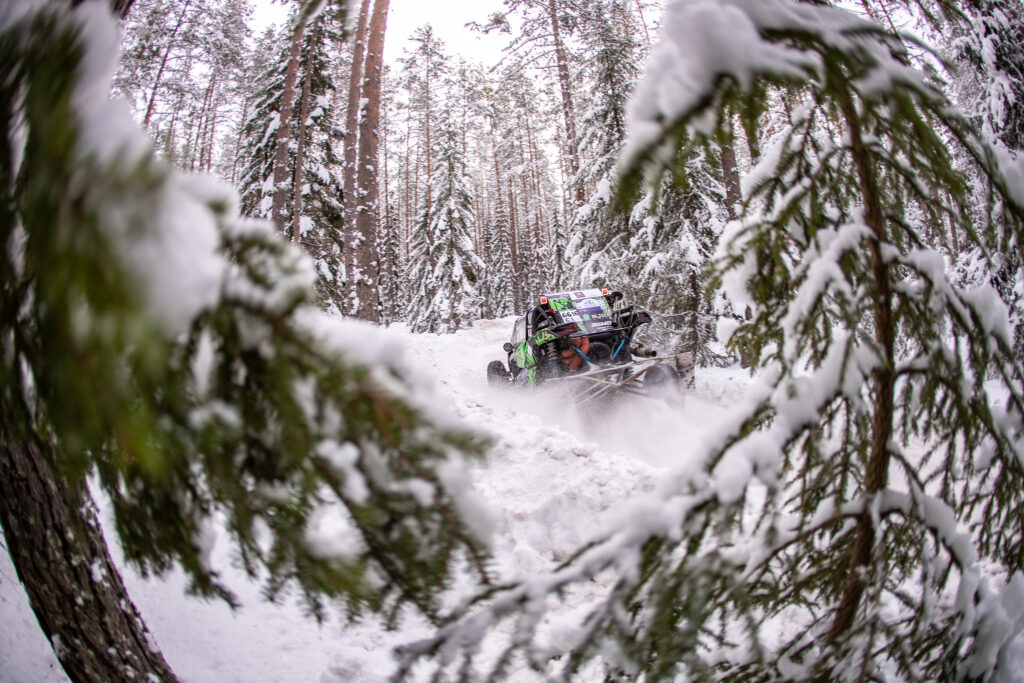 And now let us talk about the most important thing – the results. According to preliminary calculations, Sergei Remennik and Yaroslav Fedorov finished the day in the fifth place of the baja overall standings (02:09 min behind the day leader) and the second in the T4 standings of the FIA World Cup for Cross-Country Bajas round. The first day leader is the crew of Tomasz Bialkowski, followed by Vladimir Vasilyev, Anastasia Nifontova, Sergey Uspensky in the order of finish.

The final day of the Baja Russia Northern Forest will include two special stages with a total length of 215 kilometers.