Russians in the ERC – challenging rally in the Azores

Sergei Remennik and Mark Rozin, participants of the 2017 European Rally Championship, started at the first round in the Azores. The Ural crew, representing Russia in the “Production” ERC2 category, announced its speed and ambitions from the very first kilometers. 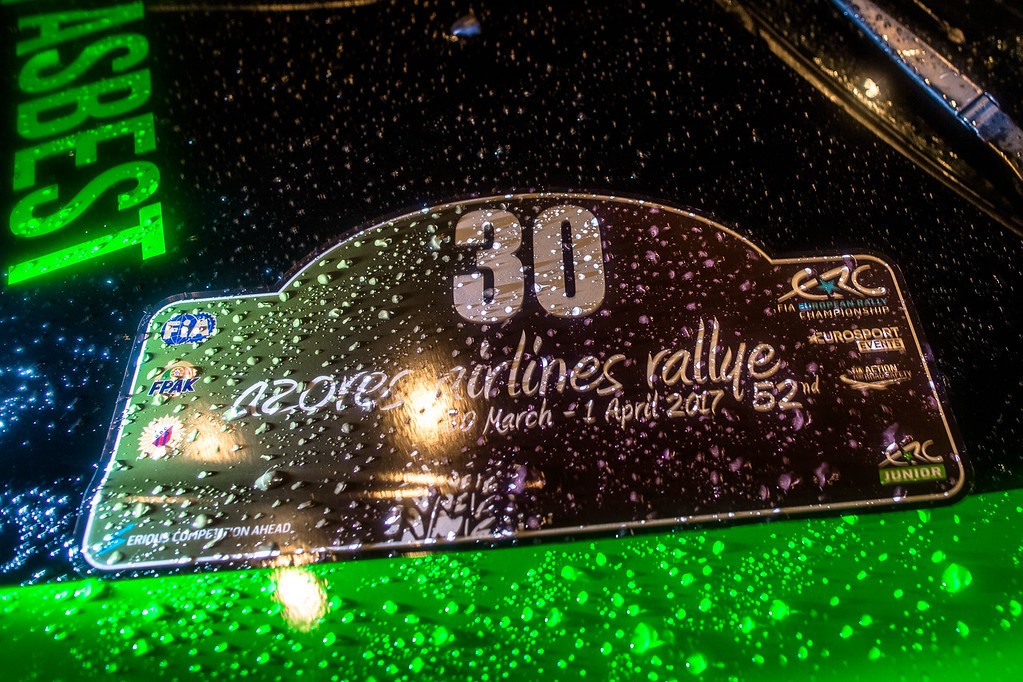 Sergei Remennik, driver, “This week was very interesting, complicated and surprising. I am very glad we are here, at the European Championships, thanks to Alexey Lukyanuk, who showed us the way. The competitions here differ from those we have participated so far. It seems to be the same rally, but the complexity level is higher… The event lasts much longer, and three racing days were exhausting for us. We had perfect notes, we knew what to do, Alexey Lukyanuk did a lot of preliminary work with us, we had tests and were ready for the race and its specifics!”

On the final day of the first round, the Uralians’ task was just to reach the finish line but it was not as simple as it seemed at first glance. The weather added some drama, increasing the level of complexity and giving all participants an unforgettable experience of passing the race in a thick fog. The track passage in such conditions significantly affected the number of entrants on Saturday: they went off the track, punctured the wheels and bent the steering rods.

Having successfully finished the 14th special stage in the first place with a margin of almost three minutes from his rivals, Remennik hit the marbles in one of the turns. Trying to return to the track, the Mitsubishi Lancer Evolution caught the earthwork parapet in reverse, tightly hanging on it. Attempts to dig, lift, move the car were unsuccessful; the lack of spectators deprived of the necessary assistance from outside, so the loss of time was enormous and the crew lost not only the podium, but also the chances for the finish.

Sergei Remennik, “At the twenty-kilometer special stage, we went off in a straight line in the left turn, passing back, drove to the earth bank and could not leave it ourselves. And there was not a single spectator to help us. The car was jacked up, we put stones under it and did everything we could, but the time loss was really great.

The rally was very interesting and we got an invaluable experience, both for us, the crew, and for the team. At the beginning of the third day, we expected to secure the “wonderful Russian double victory” if the events would develop in the same way as they did. And in the end, we just got another Russian double: both crews – our friend and coach and us – were not able to finish this race because of inconceivable coincidences that could not be foreseen. But, as I said, we got invaluable experience, and we will do everything to achieve our goal”. 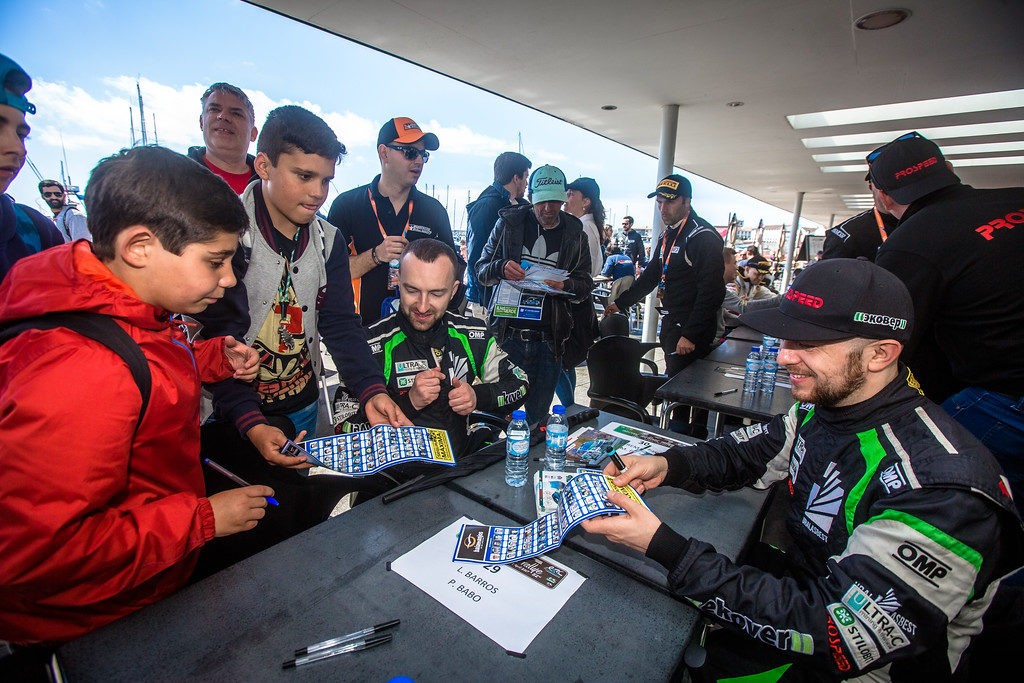 Mark Rozin, co-driver, “As for recording and reading the notes (co-driver’s work) – it was a very hard race with a ragged pace. There are very fast sections, where the turns go one after another and everything is happening at a high speed. Quick turns alternate with sharp ones, then quick turns start again; you need to read some of them beforehand, others on the contrary – later, so as not to catch up the driver. We have not participated in such races yet. The relief was also complex. Unfortunately, videos from the recce do not show it to the full. There are very steep slopes, and what is written down as turns, that should be passed at a good pace, on the slopes became terribly slow.

In terms of organization, you can only envy how everything was done. The timetables are very convenient: you are not loaded with the fact you have to move urgently from one place to another. In fact, there was time to eat, sleep and rest. But it is very difficult to experience such a weekly schedule. Starting from Sunday until the next Saturday you are in a tense atmosphere with constant sports activity. Of course, it was very hard to drive by the last rally section. Unfortunately, there is no result. But no one will take away the distance we’ve passed (the total time on the stages is more than two hours), and the experience we’ve got. 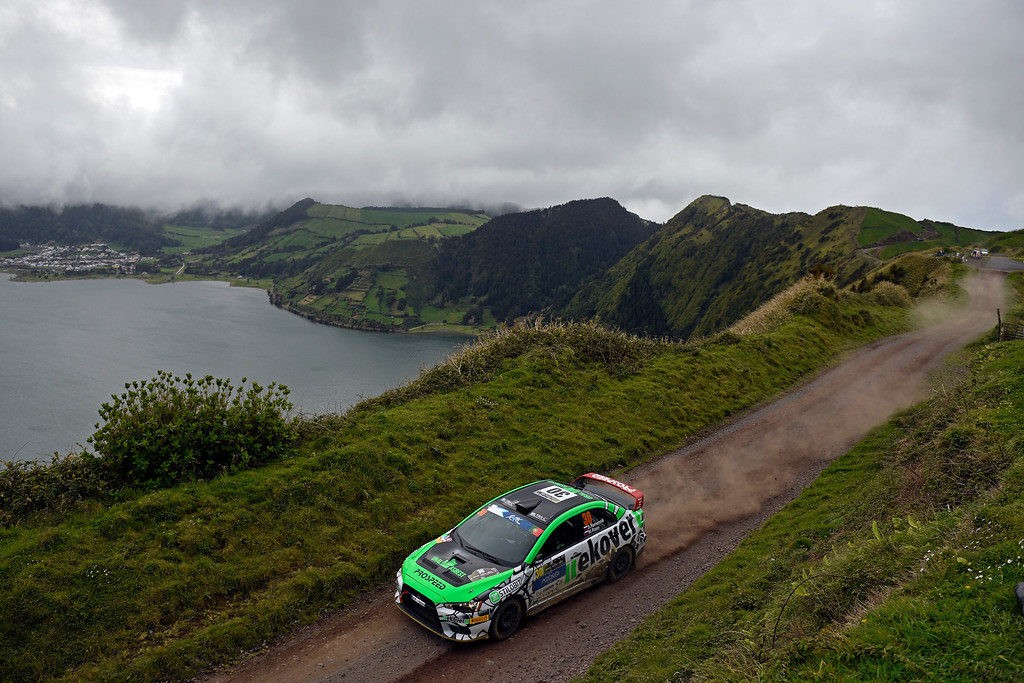 It turned out very hard to drive with a big time advantage. If it had been, as in the last season of the Russian championship, a dense fight to the end for seconds, it would have been easier. But just the sense of high-speed advantage had a great moral pressure on us, which, perhaps, also served as one of the reasons that led to the error. We will make conclusions from it, and try not to repeat.

I would also like to note that all these messages and comments via social media that are left by completely unfamiliar people, all this support is so pleasant and it inspires us. Thank you very much for all your support! Meet in the Canaries, the season is ahead!”