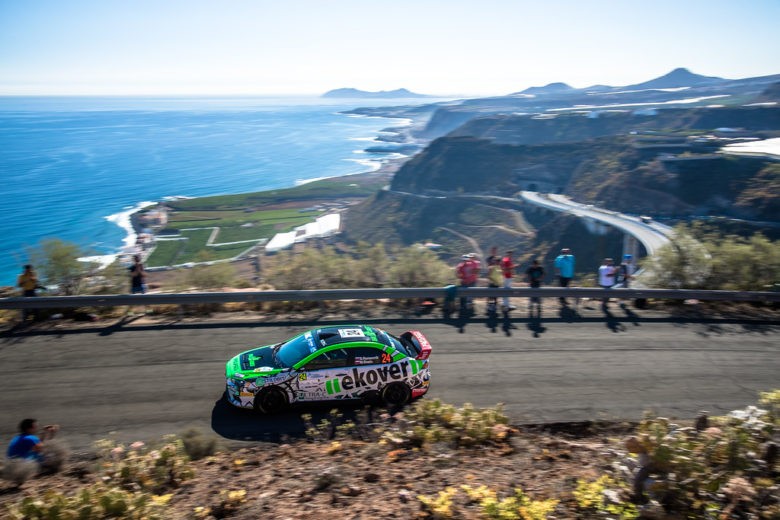 03.05.2018
NewsComments Off on FIA European Rally Championship second round: push hard on asphalt

After the triumphal finish in Portugal the Russian Performance Motorsport Team crews continue to fight for the titles of European Rally Champions and at the first May weekend plan to take over the Spanish roads.

The European racing series second round takes place in the Canaries – this year the island of Gran Canaria hosts participants not only of the European Championship, but also of the local national championship. A little less than a hundred crews plan to start the race – there are 95 cars, 60 of them will perform in the European Championship. Sergei Remennik and Mark Rozin continue to participate in the ERC-2 Production standings in the Mitsubishi Lancer Evolution X. The crew is in the second position in the classification of drivers and co-drivers now and they plan to get a good result from earlier lessons on the asphalt surface. 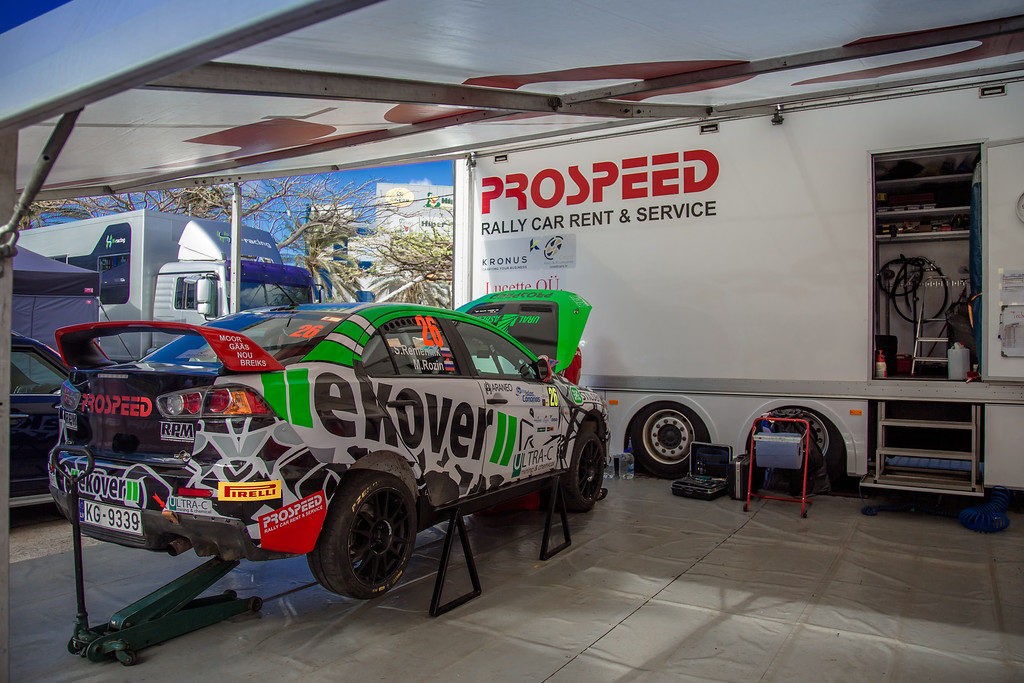 The island round traditionally gathers a large number of participants and motorsport fans together. The complex track attracts viewers from all over Europe. But the participants here must be especially careful. Increased attention has to be given to the pace notes – there are many turns and twisted areas, uneasy liaisons and different surfaces. Asphalt at the special stages is really different – in the mountain part it has a more abrasive composition with gravel – in the winter months it helps to fight ice. But in the warm season this structure is fatal for tyres of any rigidity.

The organizers “mixed” the special stages and looking at the map you will not immediately understand where the route is. The opportunity to reverse a special stage and use it the next day in another direction, “cutting off” a couple of kilometers from the start and attaching a piece of the previous day route to the finish – it is permissible here on the island. 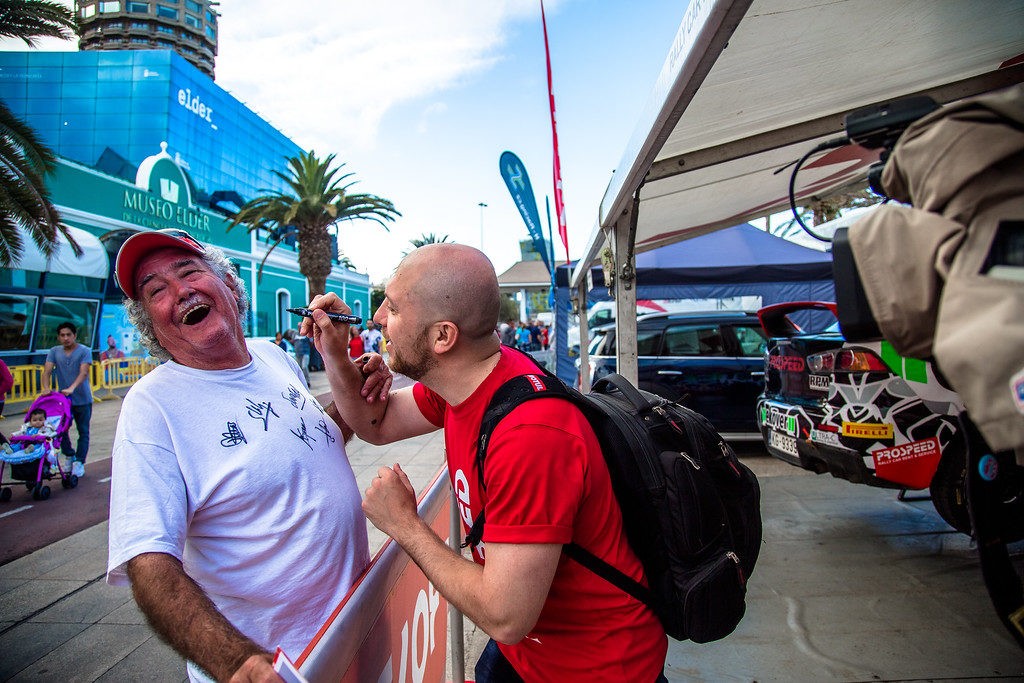 Sergei Remennik, driver, “It was easier to make the pace notes on these asphalt roads for the second time – we have a conceptual understanding of the notes; there are some “tricks” that help us to make notes easily without blocking them. The fact that we are taking part in this race for the second year allows us to check the recorded information more quickly, we have significantly fewer remarks and corrections than last year. This time the stages and liaisons are reversed, only one part of one special stage is the same, but I think the knowledge of these roads specifics should help us.

Tests were successful. In the morning it was about + 6⁰C in the mountains, at first it was slightly slippery on cold asphalt and tyres, but, on the other hand, the rubber consumption was less. We were offered last year’s test stage, where our fastest time improved by three seconds compared to last year. But we are not the only ones, who are fast, other participants also improved their times when the temperature of the air and the asphalt warmed up sufficiently. Last year the weather conditions were more comfortable, it was not so windy. We managed to set up the car quite well. Mark reads the pacenotes perfectly!

Now we are going to free practice and qualifying runs. In the evening there will be a nice presentation part for spectators and fans – an autograph session, a press conference and, of course, a Ceremonial start. It is very easy to find us in the service park; the team has again chosen awesome places – Alexey Lukyanuk’s crew and ours stand directly opposite the podium. Logistically it is very convenient!” 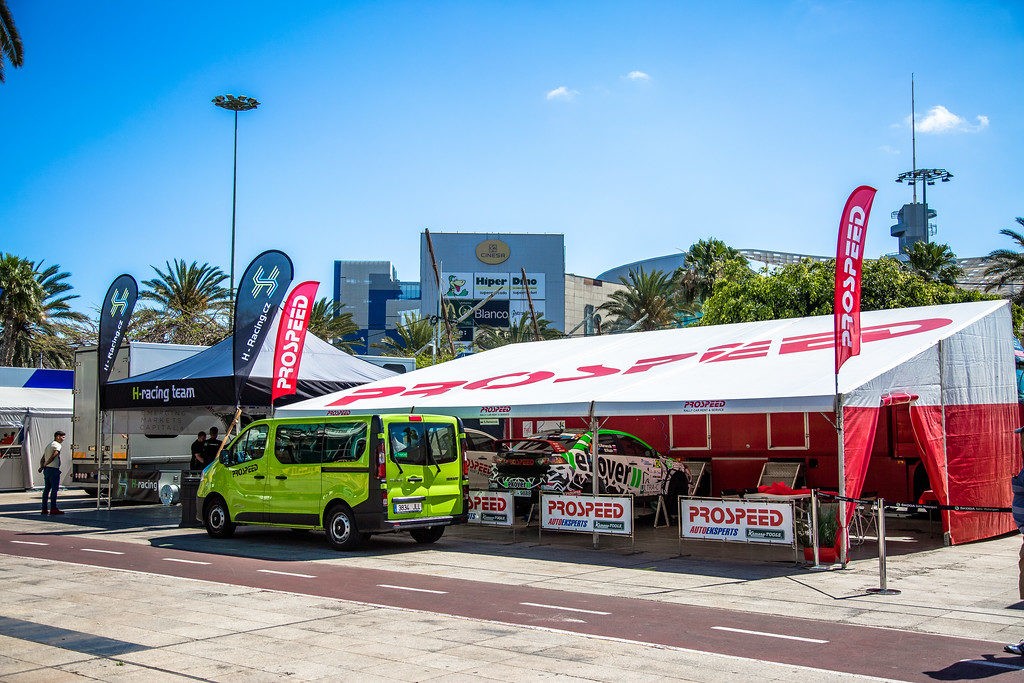 Thursday morning will start with “warm-ups” runs and qualifying stage, according to which the first 15 drivers with the best results will be able to choose the starting position for Friday. Ceremonial start will be held in the evening – crews will pass through a podium in the center of Las Palmas. And on Friday a serious fight for seconds will start – eight stages, of which the two final ones will also be held in Las Palmas – along the city streets to the delight of the audience. The most difficult high-speed roads are scheduled on Saturday – six special stages will be held in the mountainous part of the island, where the density of turns and “pins” counting for several racing kilometers will be record high. In total during the rally the drivers will overcome 603 kilometers, 202 of them are competitive ones.