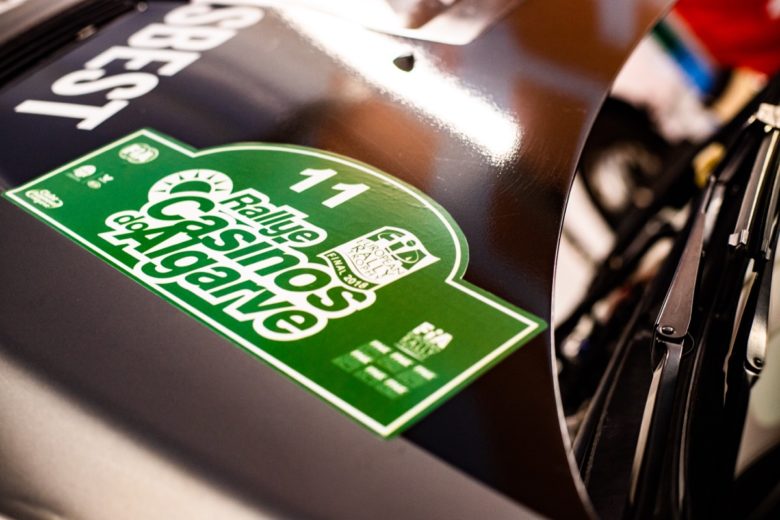 This weekend, 16-17 November, the European Rally Trophy grand final will be held – Rallye Casinos do Algarve. This series unites seven regions of Europe, and Sergey Remennik from Russian Performance Motorsport team did not miss the opportunity to start here as the Baltic Rally Trophy holder in the ERT 2 category.

The European Rally Trophy consists of seven multi-stage competitions that generally comply with the same technical and sporting rules as the European Championship, but with a few nuances. Vehicles with not international, but only national sports certification are allowed to participate in those countries where this certificate was obtained. Although the crews of such cars are not allowed to score points in the series. The best drivers from every region in each of the four categories – ERT, ERT 2, ERT 3 and ERT Junior – claim to participate in the final round that is held in Portugal for the second time. This is a kind of confrontation – the battle for fame and recognition among the strongest European racers, and one of the most exciting events in the rally calendar. In addition to the ERT finals status, Rallye Casinos do Algarve is also the last round of the Portuguese Rally Championship and Peugeot Rally Cup Iberica.

36 winners of regional competitions won the right to participate in the rally, among them there are four crews in the ERT 2 division. In addition to the Russians representing the Baltic countries, there are some other vehicles: British crew of William Mavitti – the Celtic Rally Trophy holder with two wins in the season; Turkey will be represented by the Balkan Rally Trophy vice-champion Mustafa Cakal, and local motor sport fans will support the Portuguese crew of Ricardo Costa, who scored maximum points thanks to the victory in Spain at the Iberian Rally Trophy final round. To consider the opportunity to perform at the Rallye Casinos do Algarve for Sergei Remennik and Mark Rozin in the beginning of the season was only possible having the gift of foresight. Therefore, by the time of departure for the pre-start events, permanent crew co-driver Mark Rozin was fully engaged with his main job and could not take part in the rally. But Remennik decided to experience something new – participation in the rally with asphalt surface in addition to the female co-driver… so he invited Marina Danilova, the four-time rally champion of Russia in overall standings, whose rally experience exceeds the experience of Sergey three times!

Earlier this week Sergey and Marina had a test session on a mountain road with a typical surface that will be used during the rally. And then two days were scheduled for the recce.

Sergei Remennik, driver, “It was very interesting at the tests, I liked how we interacted with Marina. She feels my driving style and leads me well along the special stage. On the test road we saw a feature of this rally – when the local crews brought the dirt to the asphalt and rolled it out in the corners, the track turned into something awful! It was neither asphalt nor gravel – it was incredibly slippery in some places. And I think that the biggest danger that will be waiting for us at the rally is dirty asphalt. Moreover, in places crews simply bring gravel and stones, they also slip there. And some of the turns are filled up with fat black soil, it’s just something incredible! And as the locals said, if it rains (and according to the forecast it is expected on Saturday), it will be extremely fun! Let’s see, it’s experience.

We planned to do the recce a little bit later to see how the crews, familiar with these roads, would map the cuts. Because when we recorded several sections, we didn’t even think that in some places it was possible to cut SO! These places look pretty scary (laughing). In such attempts to cut turns at the tests we punctured five wheels – we just cut them. Of course, you need to know where and how to cut here. I can’t say it’s just a simple asphalt rally (laughing). On the first day of the recce there was fog in the mountains; the rally roads are mainly laid in the mountains, and we expect rain in the days of the rally. In some places the surface is very dirty, destroyed, the road is narrow and the asphalt on it is present very conditionally, it’s even worse than it was in the Czech Republic. And in some places the track is very good! It turns out to be a mixed and very difficult distance”.

Rallye Casinos do Algarve is scheduled in a two-day format. On Friday, after the Ceremonial start, the crews will find five special stages with a total distance of 54.6 km. On Saturday there will be six more stages (103 km) and the finish podium. The total distance of the rally is 458.78 km, 157.68 km of them are competitive.