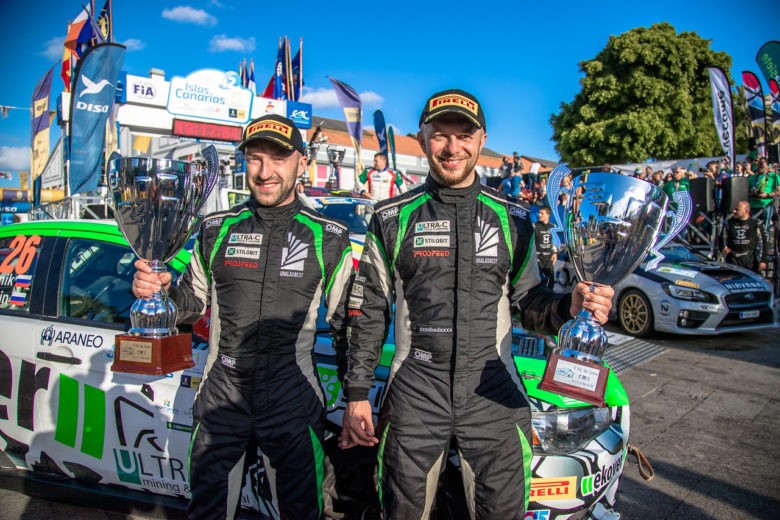 06.05.2018
NewsComments Off on Rally Islas Canarias: Victory in Spain

The second round of the FIA European Rally Championship finished in Las Palmas in the Canary Islands. The Russian crew of Alexey Lukyanuk and Alexey Arnautov, performing in the Ford Fiesta R5, celebrates overall victory again. And the crew of Sergey Remennik and Mark Rozin, contrary to all expectations, reached the second place in the ERC-2 standings.

For local spectators and Spanish fans of motorsport Lukyanuk is an idol – he is expected at every stage and supported throughout the race. This is the third victory in the island race for the crew from St. Petersburg and the Russian national anthem was heard in Las Palmas for the third time. The main competitor to the citizens of St. Petersburg was the crew of Russians, where the driver participates under a Latvian license – Nikolay Gryazin and Yaroslav Fyodorov, performing in the Skoda Fabia R5, lost 51.4 seconds to Lukyanuk by the rally results. 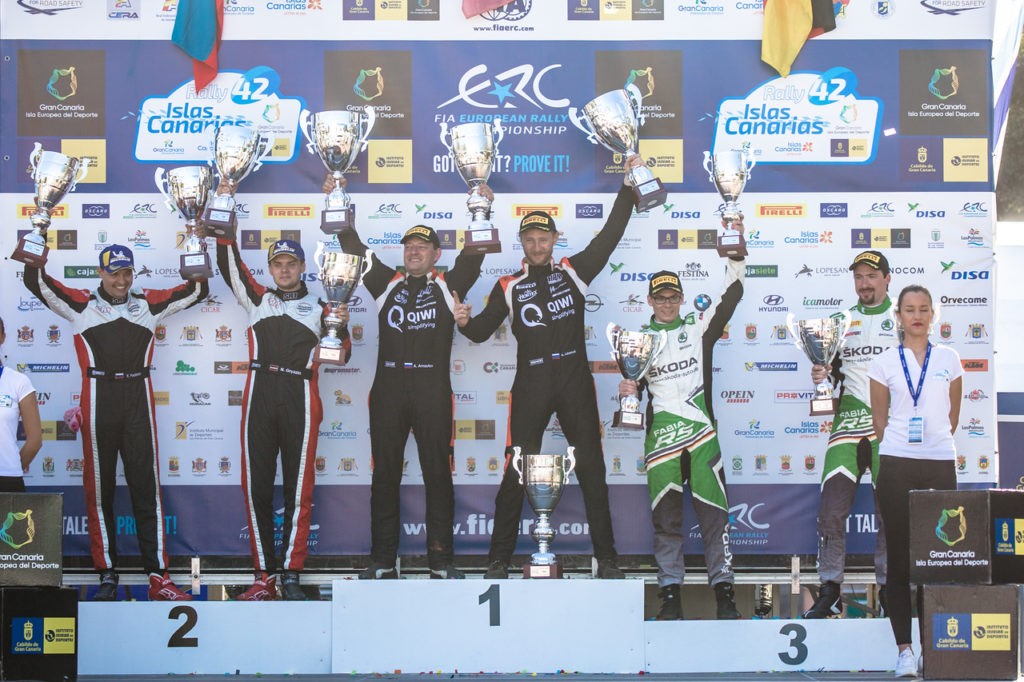 Alexey Lukyanuk, driver, “In general, I think everyone increased their speed significantly. Last year we competed only with Magalhaes and Kajetanowicz, who then finished second and third. Okay, now Magalhaes had problems with the car, but a bunch of young drivers added a lot in pace. Nikolay Gryazin also finally accelerated, he is approaching. It’s cool for us, that he is so close. I expected that it would be a little more difficult to fight. We have also learned something from the past and, on the whole, we conducted this race very confidently, practically without any mistakes. The tyres are amazing; I don’t know why people use others. For these conditions Pirellis are ideal, and we have chosen the composition for each section well. Everything is super here”.

Russian Performance Motorsport team continues to collect victories of its crews. For Sergei Remennik and Mark Rozin, performing in the Production ERC-2 category, the finish in the rally was a strong-willed effort. After a bitter breakdown of the power steering in the middle of the first rally day, Remennik was forced to move his Mitsubishi Lancer with literally the whole body’s effort in every turn, that are countless on the mountain Spanish roads. Of course, it affected his state of health on the second day of the race.

First day results were disappointing – the fourth place and the backlog from the class leader Tibor Erdi was almost seven minutes! And it would be difficult to win back such a “stock”, if it were not the unexpected “gifts” from the rivals. 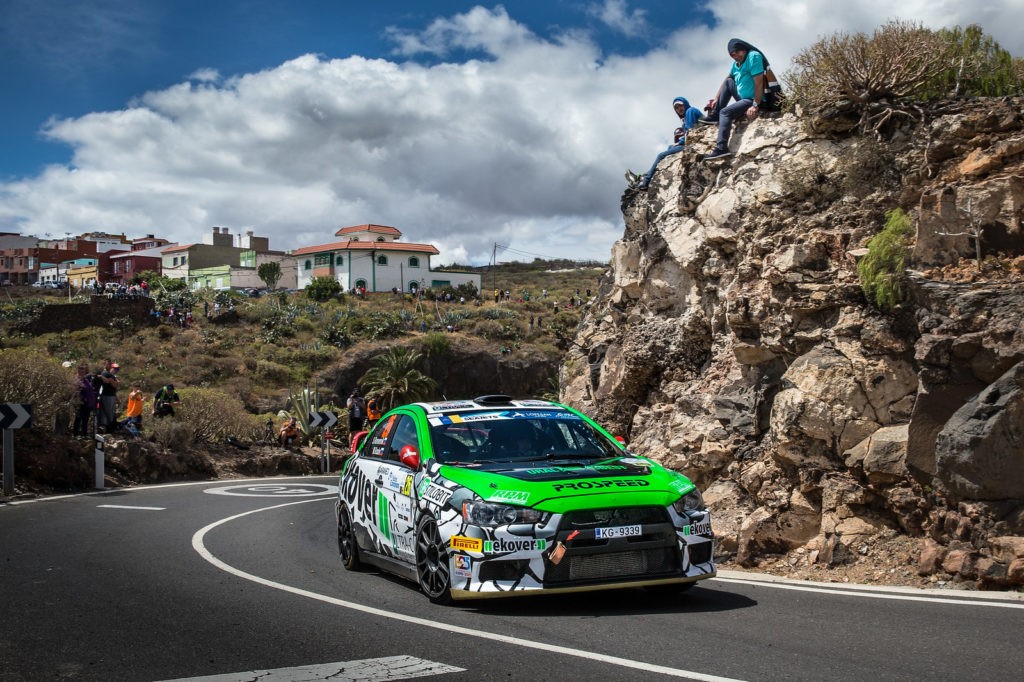 Asphalt rally is a heavy test for production vehicles. After three Saturday special stages the crew of Juan Carlos Alonso refused to fight, although by that time it firmly established on the second position. The mechanics could not retrieve the gearbox and did not release the crew to the final section of the rally. And for almost thirty kilometers to the finish of the rally there was a message that the Subaru Impreza of Zelindo Melegari stopped at the special stage – a technical problem with the engine and also a retirement.

Thus, Sergei Remennik and Mark Rozin repeated their last year’s result, rising to the second place in the ERC-2 standings of the Rally Islas Canarias. 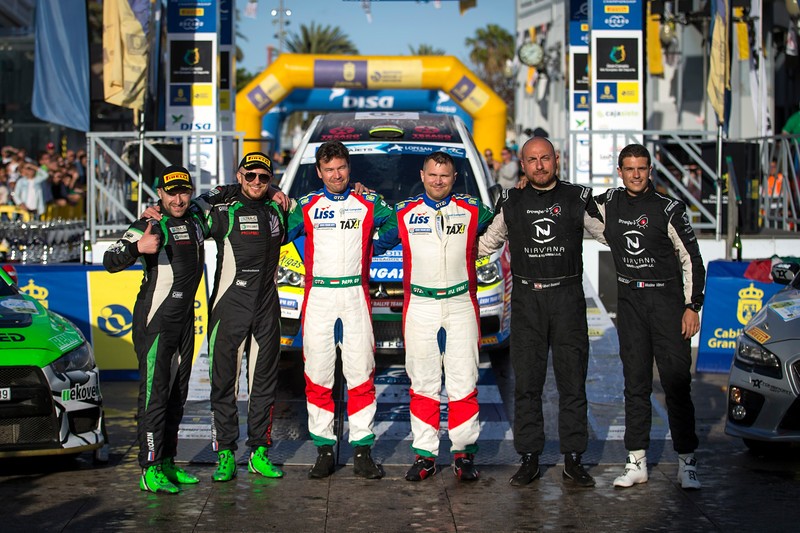 Sergei Remennik, driver, «“Of course, I would like to conduct the race and climb the podium in a different manner, in the fight. But it turned out as it turned out. And maybe there is some universal justice: for the broken yesterday’s power steering, today everything went very smoothly. Unfortunately, the failures of our rivals have pushed us to the podium. And, as we counted, now we have risen to the first place in the championship standings.

It seems to me really true that the Production class cars can’t withstand such complex races. Perhaps, we just need to stop torturing this vehicle and use another one? (Laughing). In general, all participants in our class had some, even minimal, issues. Even Tibor Erdi had a problem with the gasoline pump, he quickly coped with it, but nobody drove the entire race smoothly. Asphalt surface for these cars is an extreme load, and I think such enduring loads are not traceless for them”. 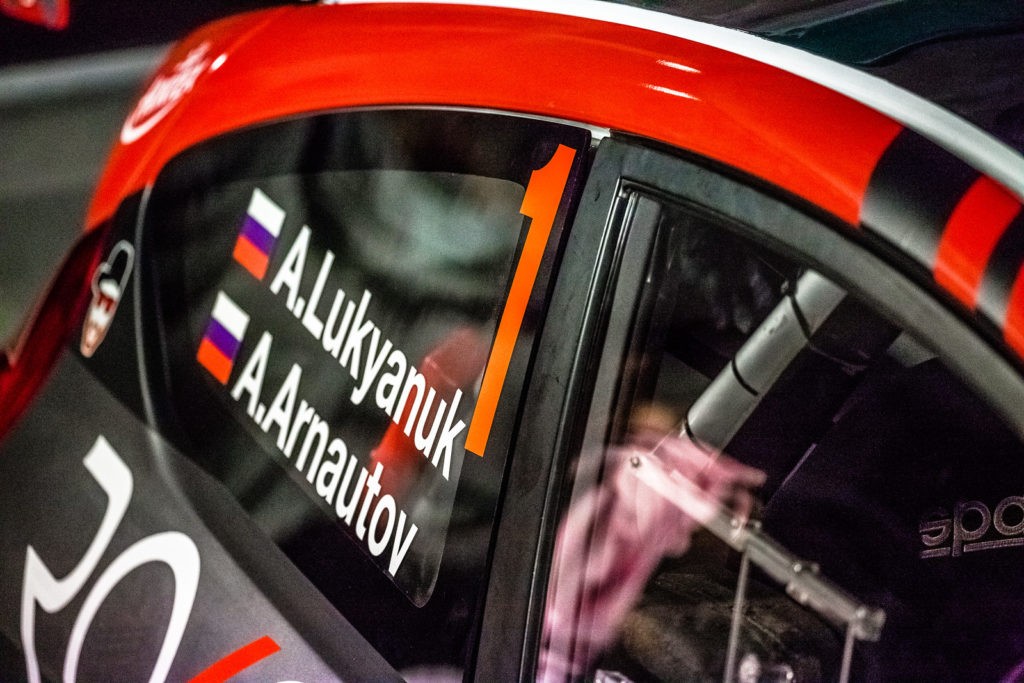 Following the two rounds results, the Russian Performance Motorsport team tops the championship, and the crews are the leaders – Alexey Lukyanuk and Alexey Arnautov in the overall standings, Sergei Remennik and Mark Rozin in the ERC-2 Production class.

The next FIA European Rally Championship round will be held on the gravel roads of Greece in the first summer days – from 1 to 3 June in the vicinity of Lamia town.