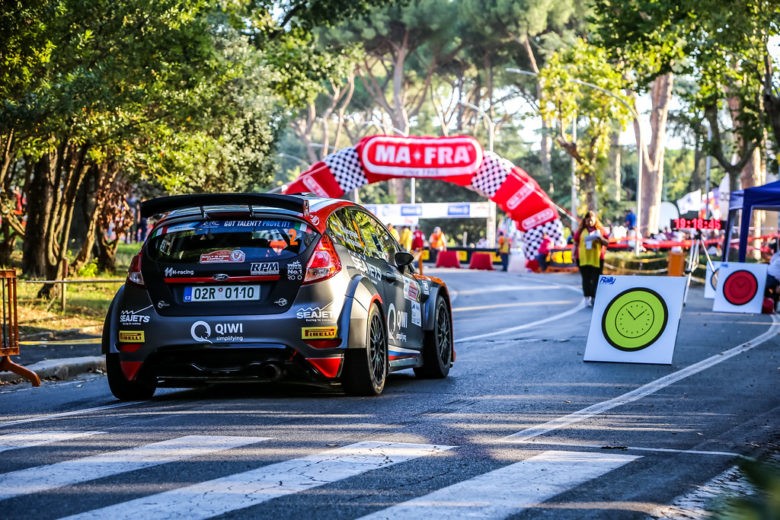 21.07.2018
NewsComments Off on Alexey Lukyanuk and Alexey Arnautov are the fastest after the first day of Rally di Roma Capitale

The first competition day of the fifth FIA European Championship round, Rally di Roma Capitale, has become a serious test for racers: 98.02 kilometers of speed distance and more than 510 kilometers of the total one. The morning section, consisting of three special stages, began with a push, the second section added drama, and the final special stage of the day only confirmed the distribution of positions among the favorites. By the end of the day the field noticeably thinned out as a result of vehicles breakdowns, and some crews even had to retire.

Both Russian Performance Motorsport team crews overcame all special stages and safely completed the first day of the rally: the crew of Alexey Lukyanuk and Alexey Arnautov from St. Petersburg took the leadership in overall standings; Sergei Remennik and Mark Rozin rounded out the Production (ERC2) top three.

It was difficult to compete with Lukyanuk / Arnautov crew – guys took the leading position from the very beginning of the race and managed to create a comfortable gap.

Another Russian, though acting under the national license of another country, Nikolay Gryazin started the day first, but after the SS2 he rolled back to the second position in the overall standings. And by the end of the day he had left the top ten as a result of technical problems. Bruno Magalhaes, who has an advantage over Lukyanuk in the number of points, has not been able to offer worthy resistance – after the first section he had to return to the service area and deal with the car suspension breakdown. After the second section his position did not improve much, although he tried to raise the pace and even won the SS8, Magalhaes is only the sixth in the overall standings at the end of the day. 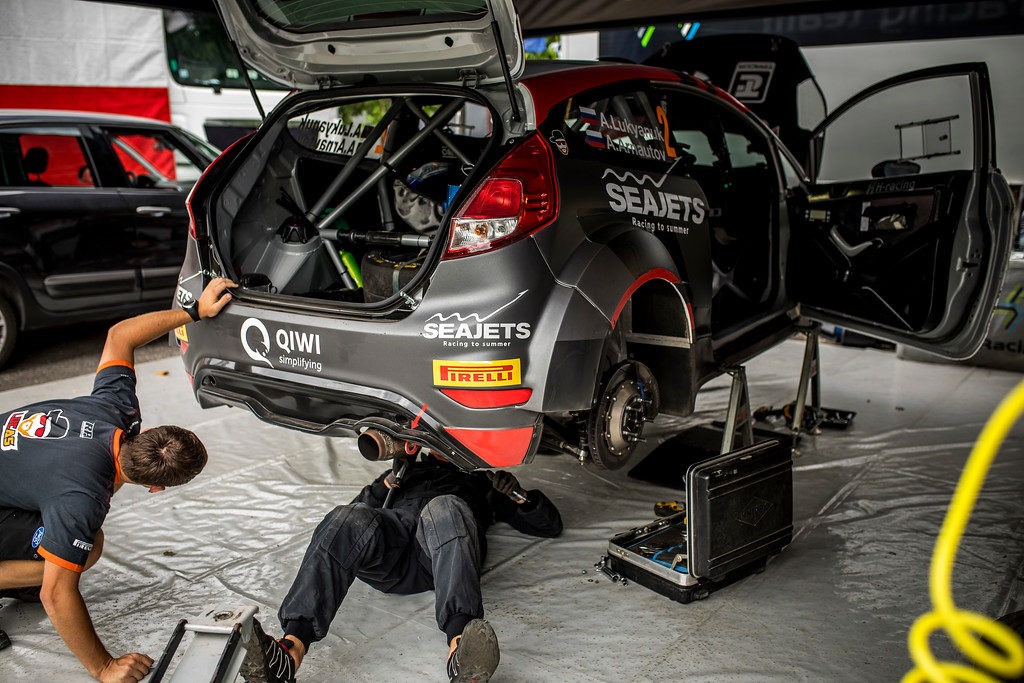 Simone Campedelli lost about 11 seconds due to technical problems with the cardan shaft on the eve of the city special stage; so he actively put his foot down, thereby showing that victory is very important to him, and that his focus on success is undeniable. He won the first special stage of the day; at the 3rd stage of the first section he finished with the same time as Alexey Lukyanuk. Simultaneously two-time ERC champion Giandomenico Basso offered Campedelli a fight and by the end of the first section the Italians were divided by only 3 seconds. At the second section Basso was rapidly rising in the summary tables and tried to compete with Lukyanuk, while Campedelli punctured the tyres one by one. As a result, in the middle of the second section, after the SS6, Campedelli had to stop the fight due to the absence of spare tyres.

Alexey Lukyanuk and his co-driver Alexey Arnautov avoided various problems with the tyres, but they were overtaken by a different technical problem that they solved quite quickly. In general, the RPM team crew finished the day as unquestionable leader, although guys slightly lowered the pace, allowing Basso to get closer and secure his second position.

Alexey Lukyanuk, “After the first quarter of the day distance we created a gap of 15 seconds, drove reasonably – somewhere we accelerated, somewhere – slowed down; so there was no extra risk. I’m generally ready to be the second in this race, I don’t want to risk and desperately fight with the Italians, because the main rivals have already given up ground. I understand that our crew needs points. Even if we pass both days and finish the second, we’ll receive 30 points that is quite good. Although 39, of course, is better, but the risk of making a mistake is high. Therefore I drove at my own pace, not risking. Let the locals rush, and I need points – that is how I tried to persuade myself – and I really need it! In general, the day was too long: I’m so exhausted that I can’t stand or speak, the main thing is that we are ahead, and we have a small reserve, 15 seconds, but the pace is comfortable. So everything is fine”.

The second Russian Performance Motorsport team crew is trying to secure the leading position in the ERC2 category, but the windy passions and adventurous situations do not leave Sergei Remennik and Mark Rosin. If before the start of the competition the replacement vehicle caused the crew to feel unaccustomed, because every driver tunes all the components for his convenience, then after the first day there were all possible emotions from the bad mood to ironic laughter. 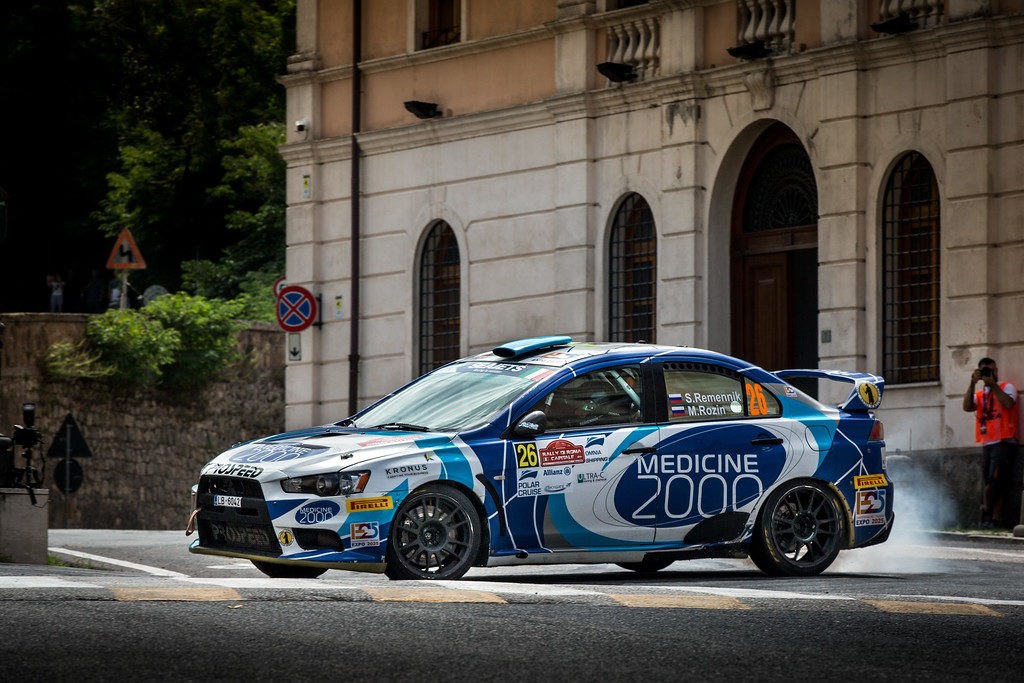 The day started well, but in the middle of SS2, where there was a particularly narrow segment of the track, the brake fluid boiled up and Sergei Remennik had to slow down to a speed that would have certainly allowed to reach the finish. And then a series of punctures began: at SS3 – the front left, at SS4 – the front right. The crew decided not to change them during the special stages, so guys came to the finish line with rubber rags. This course of action, of course, did not give a cheerful spirit; but then a “knockout game” started among the small number of ERC2 participants. Juan Carlos Alonso became one of the “luckiest” drivers – the notorious punched tyres forced him to retire. But Remennik and Rozin, even with technical problems, managed to complete the day and consistently show the second result in their category in the second section of the day. 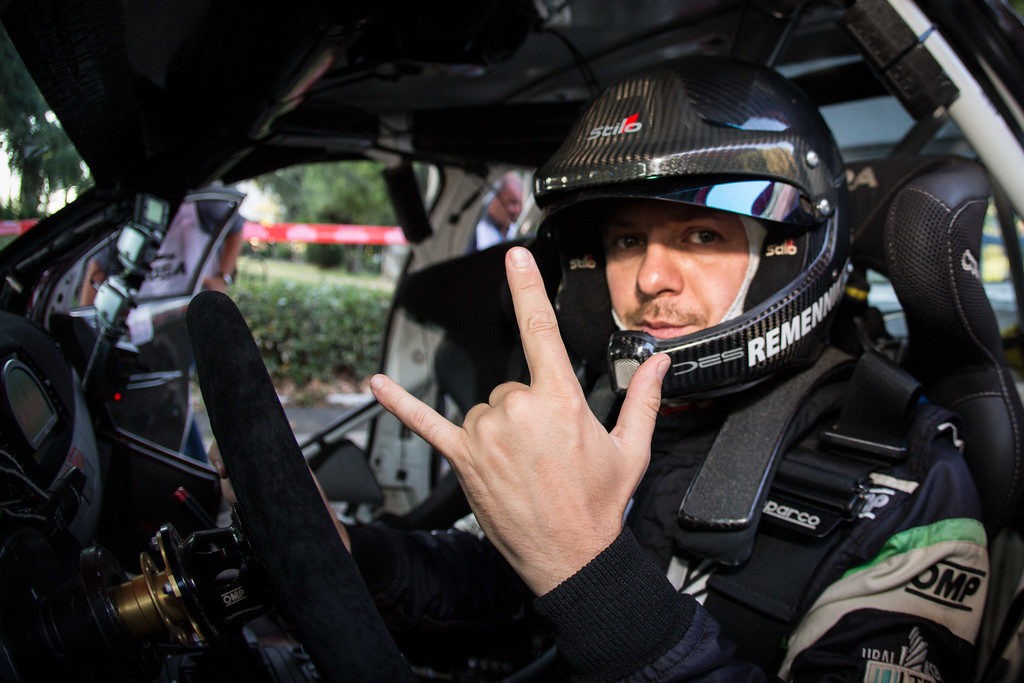 Sergei Remennik, “Sometimes it happens – no luck, no luck, no luck… and then suddenly, finally, no luck! And then again, no luck… (laughing). We lost on the first day and there was no sense to “insist” anymore; tomorrow there will be an opportunity to try to get bonus points for the day and see if something can happen, but to be honest, it is a dubious adventure – to overtake Erdi Tibor. The mood was just below zero after the first section, but after we finished all the special stages of today, I can introduce myself like this, “Hello, I am Sergei Remennik and I really like to change wheels!” I am the happiest person on earth: today I had the opportunity to change the wheels at each stage – it is a delightful, incredible feeling! Yes, we still have an overheated motor, so Mark and I drive preventively with the stove on – don’t worry, we’re not cold, we are very warm! And also there is an incessant wonderful sound in the ears, because the GPS is positioning and trying to send messages to the headquarters; this sound can be heard constantly in the headphones and in the helmet – it is constantly with me, thanks to which I am maximally concentrated! In general, we are all right, really. Thanks to everyone!” 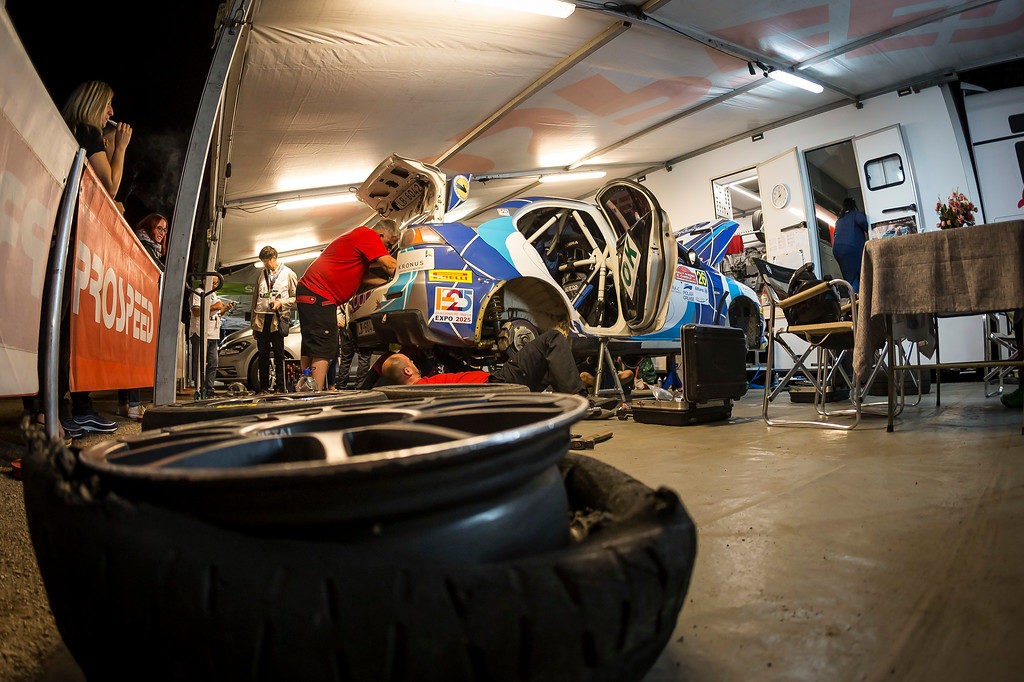 The final day of the Italian rally will be no less exhausting, but requiring even greater concentration: the competition distance will increase slightly – 106.15 km, but the number of liaisons from one special stage to another will be reduced by almost 150 km – for the second racing day participants will overcome 363.37 km. The structure of the route will not change: the same three sections, two of which are divided into three stages and the final one with one single final spectacular super special stage.