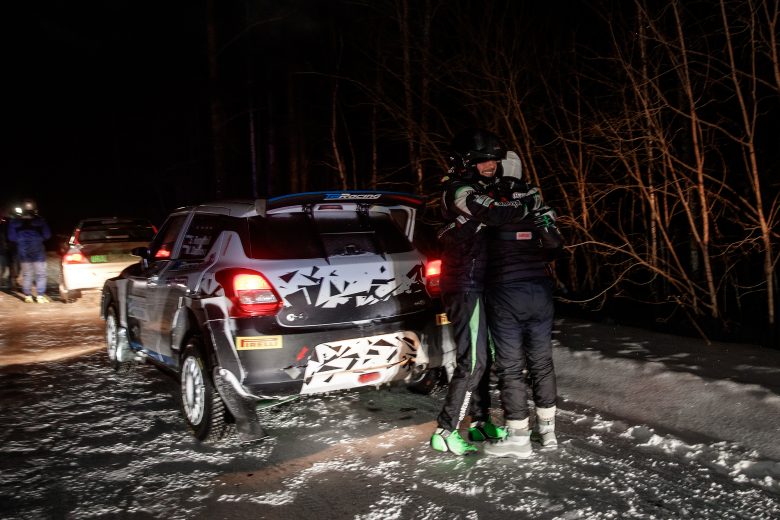 22.02.2021
NewsComments Off on The first day of the 2021 Malakhit Rally ended with the dominance of Sergei Remennik

In the Urals, the winter rally season traditionally ends with a rally called “Malakhit” (malachite) and, historically, the dates of the event are timed to coincide with the holiday dedicated to men.

2021 Malakhit Rally is held in a two-day format on the favorite three-dimensional high-speed roads near Kyshtym and Novogorny towns with a novelty – ice special stages in the town of Karabash; it is the 5th round of the Russian Rally Cup and the 2nd round of the Ural Federal District Rally Championship.

After the recent victory in Asbest, Sergei Remennik and Marina Danilova continue to “tame” the Oreca Suzuki Swift R4 on the Chelyabinsk region tracks. The main philosophy of the extensive test program is to learn how to communicate with the kit car on an equal footing, as it was with the previous production sports vehicle, in order to go back to the FIA European Rally Championship tracks.

40 crews from all the rally standings set off to the fast Chelyabinsk roads to show courage and defend their sporting honor; in the overall standings in all-wheel drive vehicles, five more fast crews from Asbest, Izhevsk, Perm and St. Petersburg kept Remennik and Danilova’s company. However, the first racing day ended with the total domination of the crew in the nimble Suzuki car – Sergei and Marina won both special stages of the rally and were 18.6 seconds ahead of the closest pursuer.

On Monday, the crews overcame the first rally leg that consisted of 32.60 competitive kilometers, divided into two special stages, which are laid along the same road. But the day highlight was the second passage through the special stage that went in the opposite direction and in the dark – the surrounding landscape in the light of the “chandelier” of the additional head light changes beyond recognition. And not everyone was able to overcome the night distance without problems – four cars went off the track at the night special stage.

Sergei Remennik, driver, “We continue to study this car; of course, on such roads the maximum speed that we had half of the special stage is not enough. Somewhere a gps sensor showed that our speed was 165 km/h; the roads are very fast here. On the second part of today’s roads we’ve been driving rather carefully; after all, the 1.6-liter engine is weak, when you start to slide very hard, it slows down. Therefore, you need to try to drive this car as straight as possible, but in low and medium gears you can confidently ride sideways.

I think it will be enough for the European Championship, because there are no such extreme speeds, you never drive at maximum speed for so long. The car behavior on a winter surface and on a gravel one is very similar in terms of starting to turn or to slide in advance – namely, to “carry the speed”. The main difference between the Suzuki Swift and those cars that I used to drive is a weak engine, and I need to work very actively in gear shifting to keep it in the working range. This is what I’m learning now. 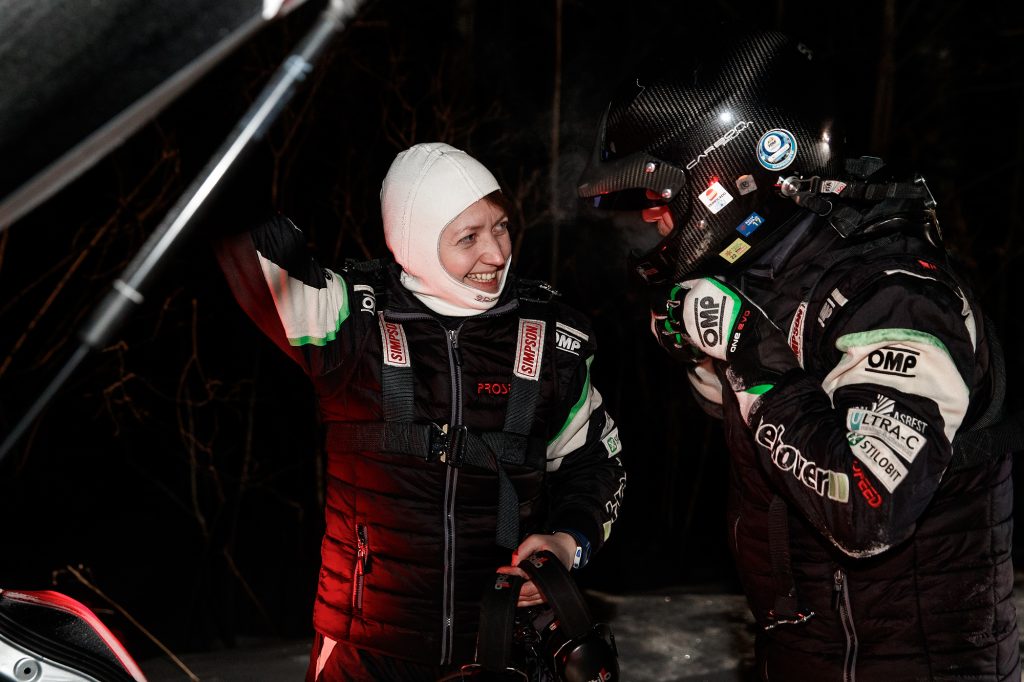 With my co-driver we have the opposite learning process – after the fact that Marina Danilova and I won together and even received the titles of International Masters of Sports for this, it’s time for me to learn how to drive according to the pace notes!

It’s very cool that there are different races not far from home – we have a rally in Asbest, there is Malakhit, there are Vyatka and Barda. It’s great that in the Urals you can participate in the different and interesting rallies with simple logistics and low costs”.

On 23 February, early in the morning, the sports field will have to move from Kyshtym to Karabash: the race, traditionally beloved by the participants and spectators, has become even more interesting, because the organizers have added two new special stages, thereby finding the opportunity to create as many as 36 kilometers of tracks on clean ice! And the final part of the second racing day will take place on the well-known special stage along Lake Akakul.