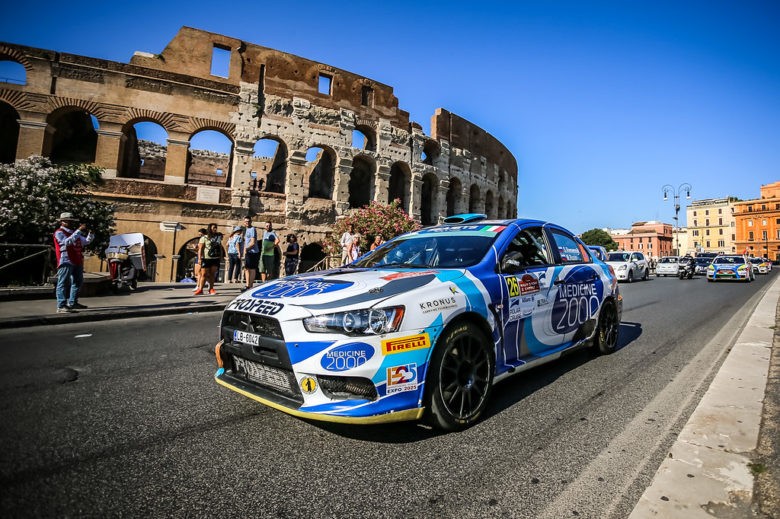 The adventures of Russians in Italy began: the RPM team crews start at the fifth FIA ERC round

20.07.2018
NewsComments Off on The adventures of Russians in Italy began: the RPM team crews start at the fifth FIA ERC round

The struggle of Russian Performance Motorsport crews for the main European rally awards continues! Both of them participate in the fifth round of the FIA European Rally Championship, Rally di Roma Capitale: Alexey Lukyanuk and Alexey Arnautov – in the overall standing; Sergei Remennik and Mark Rozin – in the ERC-2 Production category.

Uralians Remennik and Rozin go to the start as the category leaders – the crew scored 89 points for the previous stages; and they are 10 points ahead of their main rival – Hungarian Tibor Erdi. Let us remind you that Sergei and Mark missed the last stage due to the main job and specifically expanded the program of performances for the current season in order to keep the opportunity to fight for the championship title, adding two more stages to it.

Lukyanuk/Arnautov crew has 83 points in the general classification and will try to earn more to approach Bruno Magalhães, the series overall leader, with 98 points.

On Wednesday, 18 July, the participants were offered a part of the route for the recce; then the next day they made notes at the remaining special stages, and in the evening the official test races and the qualifying special stage were held. 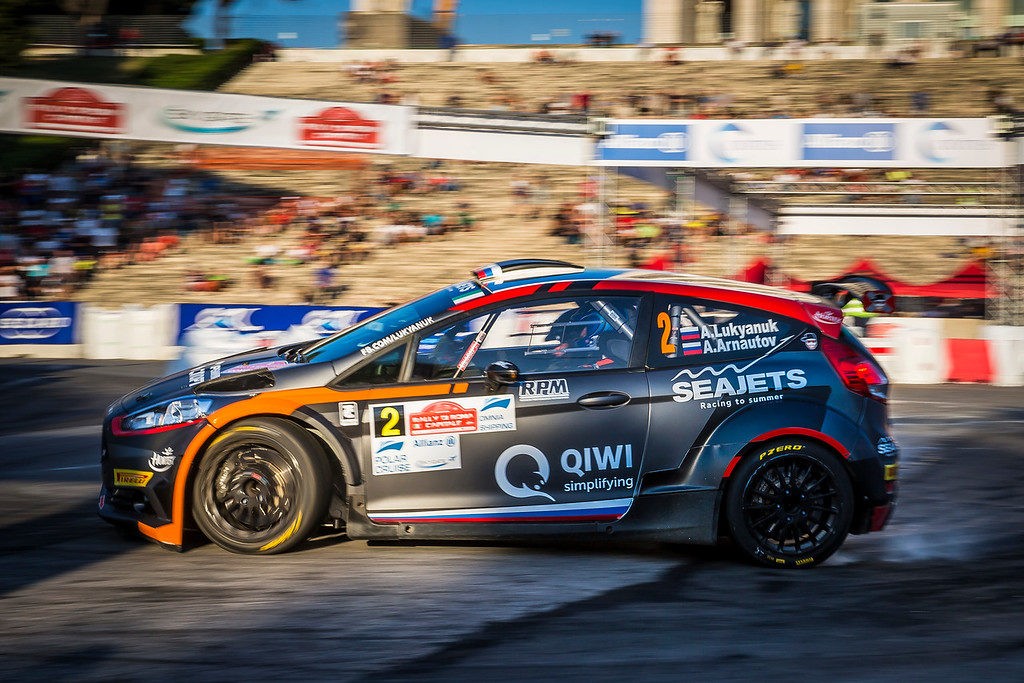 Alexey Lukyanuk (driver), “Before the qualification race we had certain expectations that we would not be in the TOP: local drivers gave such unambiguous signals that they would “bring” Nikolay Gryazin a second from a kilometer at their home races. But in the end he won this race, and we were in just one tenth of a second behind him: the same situation as in the Canaries! And it’s very good, I’m in a festive mood – now I don’t have to worry about the first starting position and can quietly sleep at night. We worked a little with the car settings – as usual during the tests we didn’t manage to adjust everything well, but as it turned out, these new settings were not the most optimal ones. After the first part of the recce we went to the service and changed the settings, so I drove more confidently and even enjoyed it, because I worried for the first time. The mood is excellent, the weather is good”.

Windy passions ran high a few days before the competition start in another RPM team crew: the participation of the Yekaterinburg crew was in jeopardy at some point due to the absence of one of the main components of this technical sport – the car. And it was a real adventure!

On Monday (16 July) bad news came in the afternoon – Sergei Remennik crashed the car during preliminary tests; the received damages were not subject to rapid elimination. In the evening of the same day the team offered to take another car from the Mitsubishi line, sent it to Italy from Latvia, and early in the morning on Wednesday, 18 July, after 36 hours and 2,500 km the car arrived to the service park in Fiuggi.

As soon as it was possible – in just 16 hours (!) – the team managed to change the configuration settings from gravel to asphalt, and the technical inspection was successfully passed. The only thing that the mechanics did not have time to do was to reglue the livery, so do not be surprised by the unusual car coloring.

After the recce Mark Rozin, the crew co-driver, shared his impressions – the route is very different from last year’s one, only a couple of special stages look similar, the rest are new ones. Many notes and clarifications were made; it was not possible to use last year’s notebook with the transcript, so while the team was completing work on the car settings, Mark devoted the whole evening before the start of the “calligraphy”. 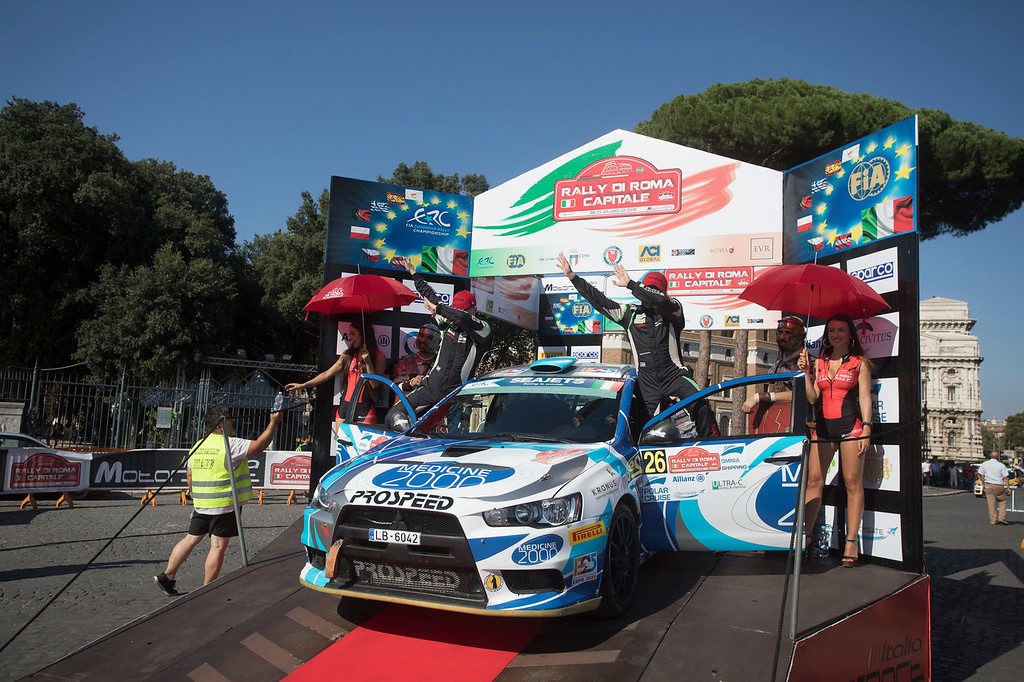 Sergei Remennik (driver), “During the recce Mark and I screwed everything in the car so that it was convenient, because at first everything was very strange and uncomfortable; the second time it was not so uncomfortable, and the third time we almost got used! In general everything is fine: we have the car, mechanics pay attention to our remarks about the settings, so the vehicle goes well. We will observe the opposition of local and our racers (two Alekseys and Nikolay and Yaroslav) from the front row; it will be very interesting. And in our category everything is steady. And, taking this opportunity, we would like to express our great gratitude to the team of mechanics and all those people who have made this start possible!”

Ceremonial start took place on Friday at the Castel Sant’Angelo walls in Rome, after which the crews went to the track, although the first competitive day was short: just one spectator special stage with a length of 1.80 km.

On Saturday, 21 July, racers will have to overcome three sections with a total length of 513.91 km: two of them contain three stages each, and the third includes only the final special stage of the day. The total distance of competitive sections is 98 km.