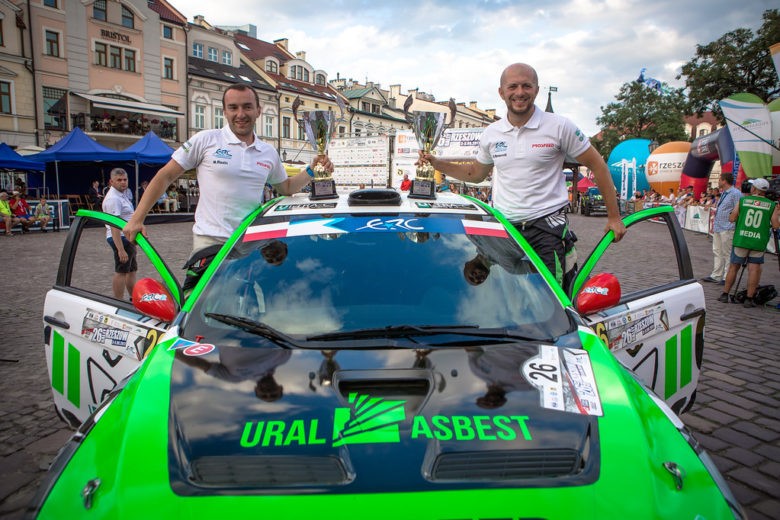 Russian Performance Motorsport team spend the Polish rally final day in a reduced lineup – only the crew of Sergei Remennik and Mark Rozin in the N-group Mitsubishi Lancer Evo X continued to drive; they returned to the track with the Rally2 help. On Friday it was understood that Alexey Lukyanuk and Alexey Arnautov would not continue the race in Rzeszow – their Ford Fiesta R5 was seriously damaged.

On Saturday there was a section of three special stages with a total length of 56.9 km, that had to be overcome twice, which resulted in 113.8 km of competitive distance. Considering the fact that on Friday Remennik received a solid penalty for five missed special stages (which resulted in almost a half-hour gap to the ERC2 leader), the present day had to become a big asphalt training for the crew before the upcoming performance at Barum Czech Rally Zlin in late August. 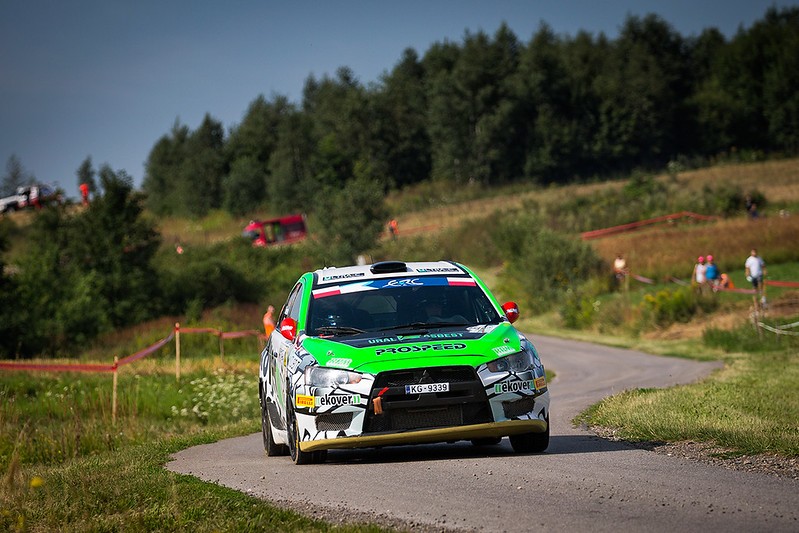 On Saturday morning, the race developed according to a predictable scenario: Sergei Remennik and Mark Rozin set the third time in the ERC2 standings at the first four stages, and they aimed to finish the fourth in this category by the race results. But near the Rzeszow rally end, some indescribable leapfrog started suddenly – the Pole Marcin Slobodzian and the Hungarian Tibor Erdi, who occupied the first two lines in the ERC2 classification, retired because of the gearbox problems one by one! As a result, the Italian Zelindo Melegari won the race, and Sergei Remennik became the second and simultaneously received 7 bonus points for the best time on Saturday.

Another interesting news came at the very finish: Aleksey Lukyanuk won the Colin McRae ERC Flat Out Trophy*, the prize that is usually awarded to the driver who showed the maximum will to victory, the strength of mind and spectacular ride in the spirit of the great driver Colin McRae! It is interesting to note this trophy became the sixth for Lukyanuk in his career (he received two trophies in 2013 and 2014 and three in 2015) – no one in the world has so far been awarded this prize so many times! 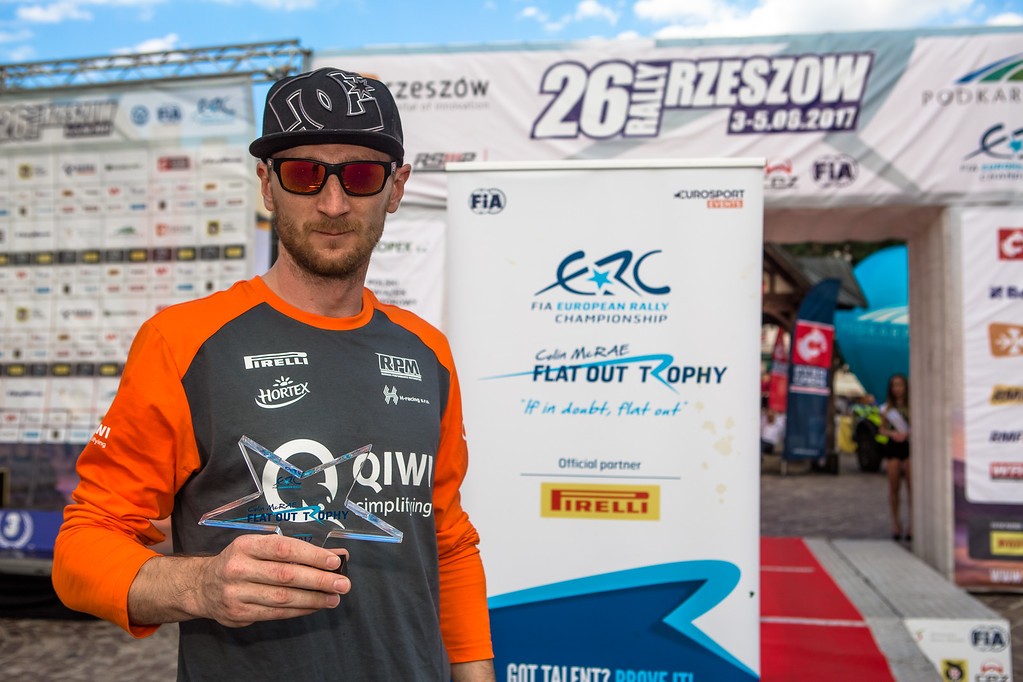 Alexey Lukyanuk, “I was very surprised! This is my sixth Colin McRae award… I’m so happy to get it, especially on Colin’s birthday… Thank you! Probably, we are close in spirit, I can’t drive half the strength, I do it the way I feel, rally is my passion. Apparently I was the only such a pusher at this race!”

Now there is the following situation in ERC1: the Pole Kajetan Kajetanowicz is the new leader in the FIA ERC overall standings ahead of the Portuguese Bruno Magalhaes (108 points against 95). The third position is taken by the German Marijan Griebel (50 points). Alexey Lukyanuk secures the fourth place (46 points) and still has chances for the podium at the end of the season. In the ERC2 standings the Italian Zelindo Melegari continues to lead (123 points), the Hungarian Tibor Erdi is the second with 70 points. The third position is secured by the Russian Performance Motorsport team representative Sergei Remennik – 63 points! 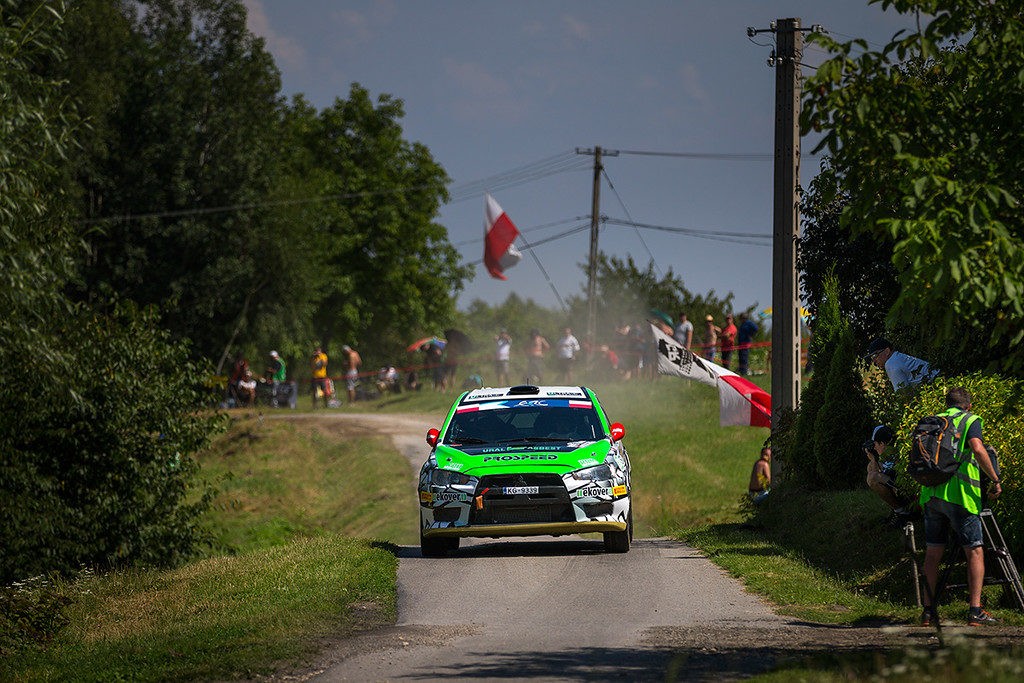 Sergei Remennik, “It was a very difficult competition! This is only our second asphalt race. There are incredibly fast roads, very narrow, sometimes slippery. And because of a lack of driving experience on such tracks, we slipped out and tore off the wheel on the first day. We were lucky enough to finish the second after returning to the race with the Rally2 system. We are very upset about the retirement of Lukyanuk/Arnautov crew. They were so fast and cool! In general, we all faced the same problem – Alexey Lukyanuk, Nikolay Gryazin, and we are – just at different speeds. All of us just slightly underestimated the road conditions, it happens, sometimes you are lucky, sometimes – not”.

The next FIA ERC round will take place in the Czech Republic, where the Barum Czech Rally Zlin will be held on 25-27 August. This race is known as one of the fastest and the most challenging asphalt rallies in Europe – there were many cases in its history when only forty percent of participants reached the finish, and sometimes even taking into account those crews who managed to continue the fight only with the help of Rally2 system!

* The Colin McRae ERC Flat Out Trophy award is presented to the driver, who performed most spectacularly during the round.

This award is presented at every ERC race, starting with the Azores Rally 2010. The judging panel includes Jean-Pierre Nicolas (ERC development manager), Eurosport representative Gilbert Roy, and Colin’s father, Jimmy McRae. Lukyanuk is the only driver in the world, who was awarded 6 times!