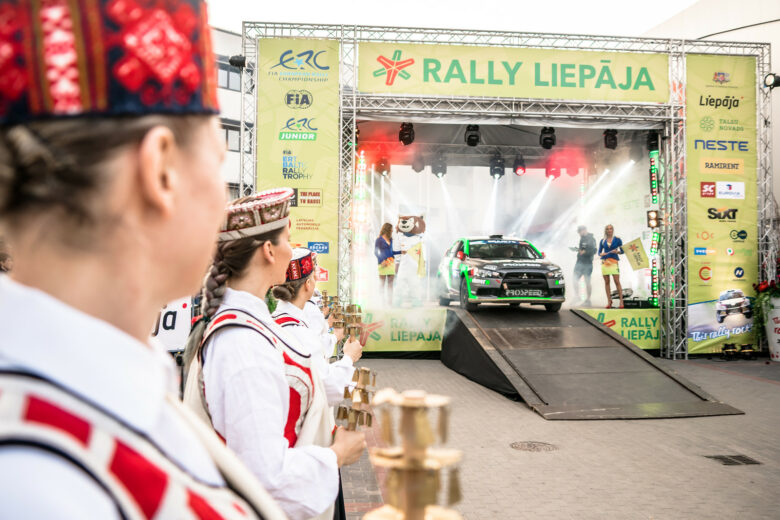 Rally Liepaja 2019: when even the third pancake is lumpy

The third round of the FIA European Rally Championship has moved from the hot climate to the cool Baltic coast. The Rally Liepaja changed its place in the series calendar – late spring instead of the traditional autumn event; however, the temperature and precipitation turned out to be almost usual. 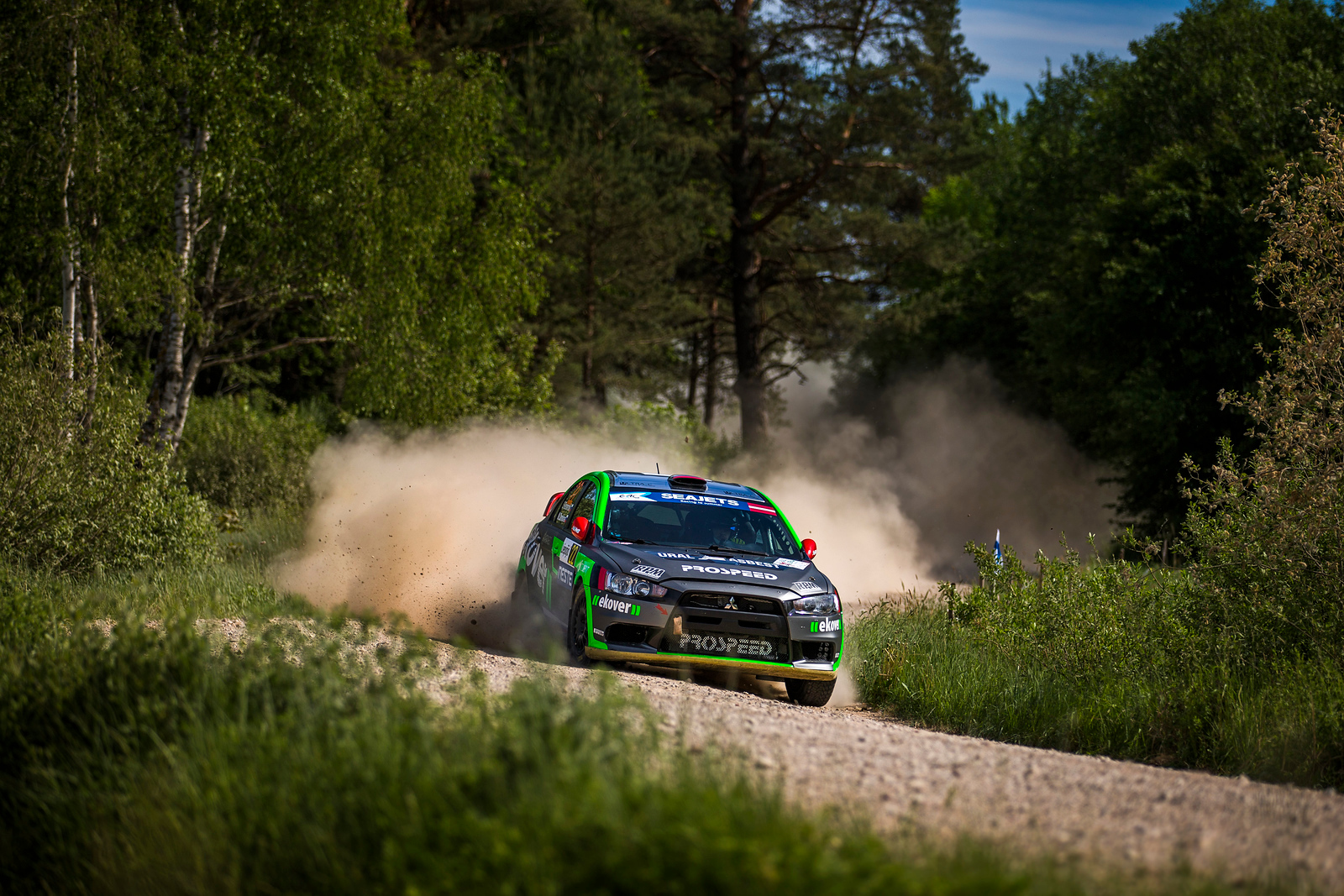 In contrast to the two island rounds, the number of registered participants in the ERC2 standings has increased – there are nine of them. Russians Sergei Remennik and Marina Danilova continue European performances in the usual production Mitsubishi Lancer. At the start the state of play among the participants in the Mitsubishi Lancer Evolution X to those who chose Abarth 124 Rally was 6:3. Let us recall that now the RGT cars are also eligible for scoring points in the updated ERC2 category, and in addition participate in the Abarth Rally Cup.

Sergei Remennik, driver,: “I like the Baltic races very much and I’m glad to return to Latvia. I’m also pleased with the class entry list – it’s cool there are guys, who will drive very fast! At the same time, we will finally be able to evaluate how the Abarth 124 Rally will feel on the gravel surface, for example, in the hands of European rally-cross champion Reinis Nitišs. Last ERC round showed that these cars can go “into space” on the asphalt”.

Of course, it was not worth to dismiss the fastest Baltic rally school representatives – Ralfs Sirmacis and Vytautas Švedas, as well as Dmitry Feofanov, who has assimilated on local tracks so much that he now acts as a Latvian sportsman. 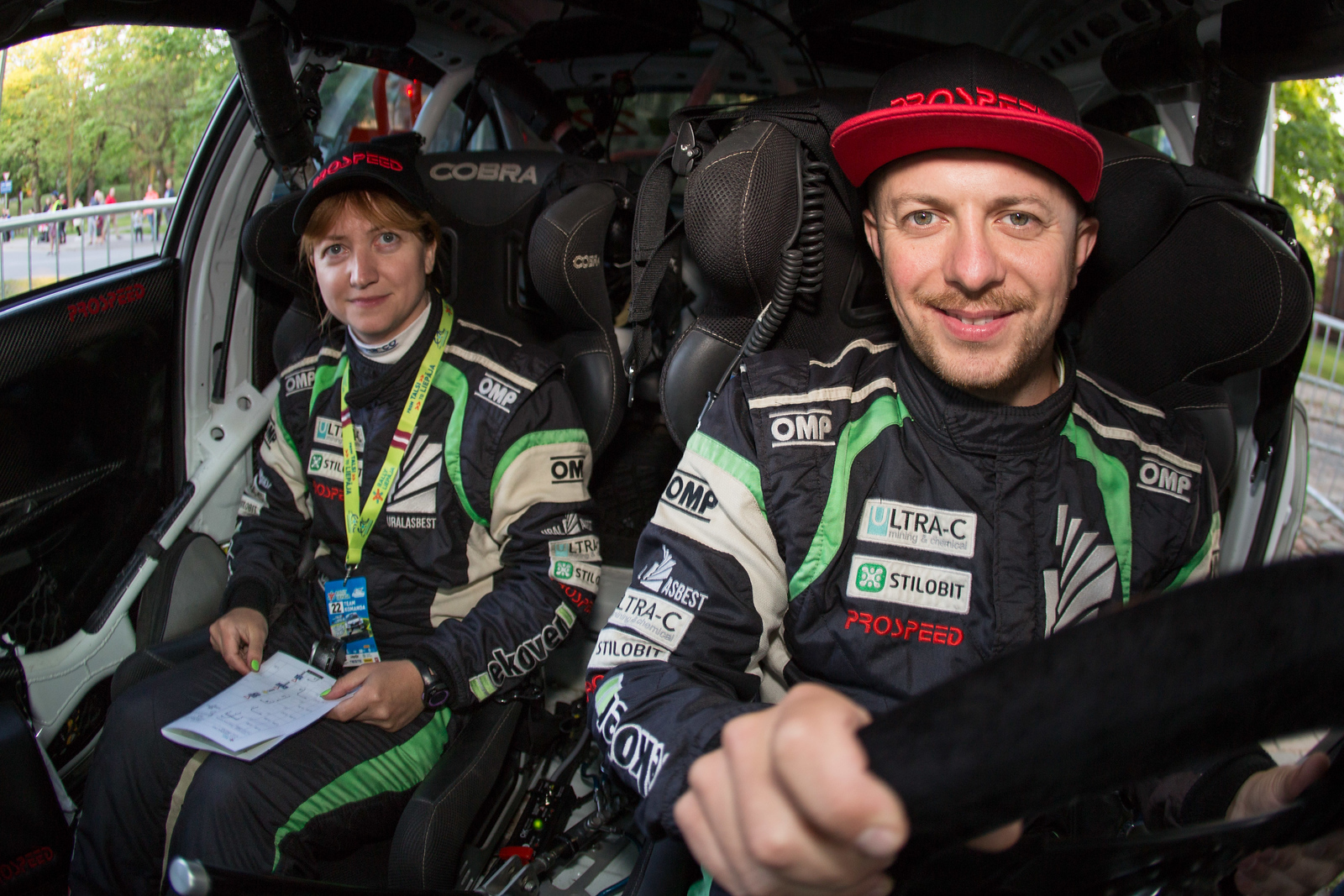 Remennik’s plan for this rally weekend was simple: check the newly assembled car at the test session and tune in to high competition in order to score the maximum possible amount of points, because the beginning of the season was “not fruitful” for the crew. However, it wasn’t possible to tune in to the upcoming rally – in one of the test days the turbine in the Mitsubishi Lancer failed, and by some reason the similar unit was not included in the set of spare parts taken to the race by the team.

The organizers included in the rally route the roads used in two regions for the national championship eponymous races – around Liepaja and Talsi. After one and a half days or 20 hours of recce and the ceremonial start the crews were finally able to start what they came to Latvia for. The Saturday special stages were a very interesting version of the route – none of them was repeated completely, only general sections of various roads were used, and the starting and finishing points were located in new places every time. Co-driver Marina Danilova had to work carefully during the pacenotes recording, tracking the joints of different sections of the route, of which the special stages consisted; and given the length of the first day’s distance of more than a hundred kilometers, it was really a very difficult task. 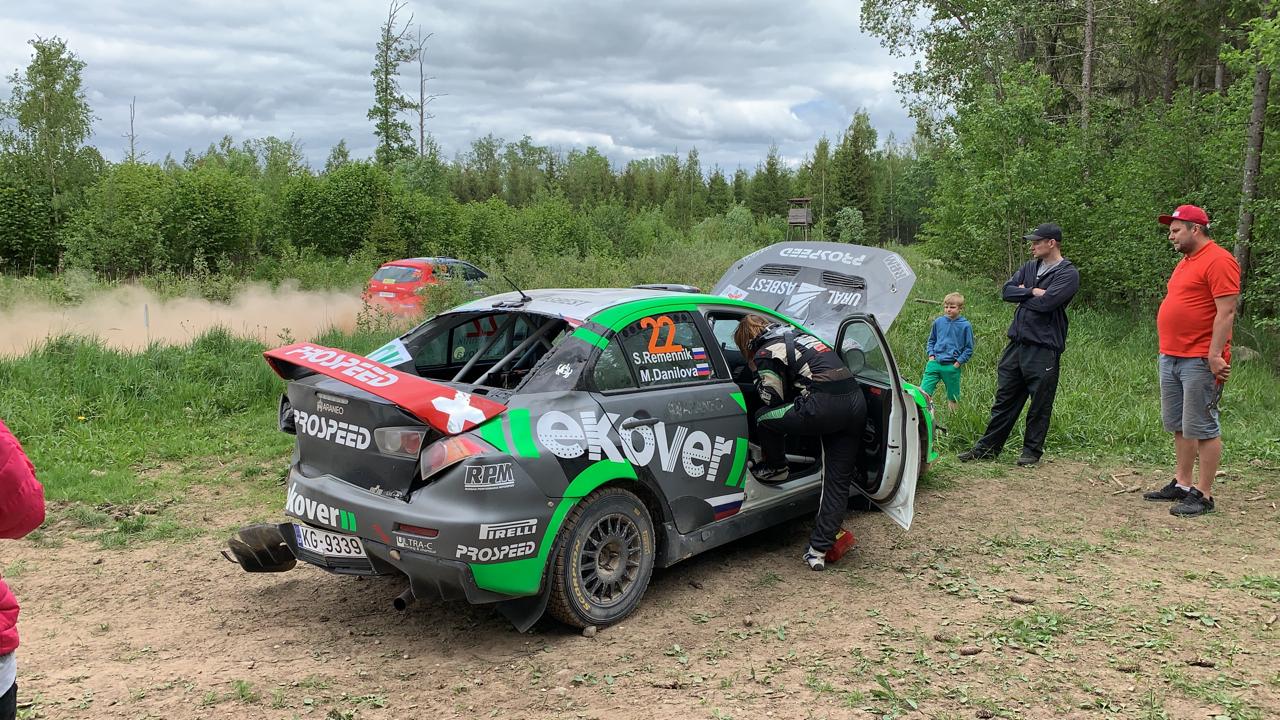 It is sad, but the rally in Latvia ended prematurely for Sergei Remennik. “What was it?” you ask. At the third, the longest special stage of the day, Mitsubishi Lancer Evolution X made a coup, catching a bump with the rear wheel in a slow turn at a decreasing speed. The spectators, who came to the rescue quickly, turned the car to the wheels and Sergei and Marina even managed to drive a couple of kilometers, but then they had to stop completely and eliminate the fire; and then they just stayed in place, waiting for the evacuation of the car by a team of technicians. Despite the seemingly light incident, the car received a lot of damage in the engine compartment from open burning and it needed serious repairs to go the next day using the rally2 system. The mechanics admitted that the damage could be restored, but it required more time than one night until the next morning.

Sergei Remennik, driver,: “In fact we did the same thing as Oliver Solberg, but the lighter R5 car had enough speed and inertia to drive out. Marina and I analyzed the incident and checked the records – there was a mistake in the pacenotes. I misjudged the road I saw – we had this right turn recorded as “long” with variable gradation (at the end it twisted a little) and going into this turn, I “stretched” it, so I was at the outer wayside.

Nevertheless, on the gravel the Abarth 124 Rally cars turned out to be not as fast as they were on the asphalt surface; and they do not reach the pace of driving in N4 category cars. But at this race there were nine participants in our class – it’s great, I wish it would always be like that! Marina and I were enthusiastically waiting for this race, but, unfortunately, it turned out like that.

One thing pleases me: according to the reviews, it’s great that I listen to the co-driver and drive along the pacenotes. Of course, this is a plus, but we didn’t reach the finish line. At the first special stages we got used to the conditions and watched how the other participants would go, what their speed would be; our pace, shown during the first kilometers, was enough to fight for a place on the podium and get points. Of course, Ralfs Sirmacis is much faster than everyone, but we had the opportunity to compete with the others”. 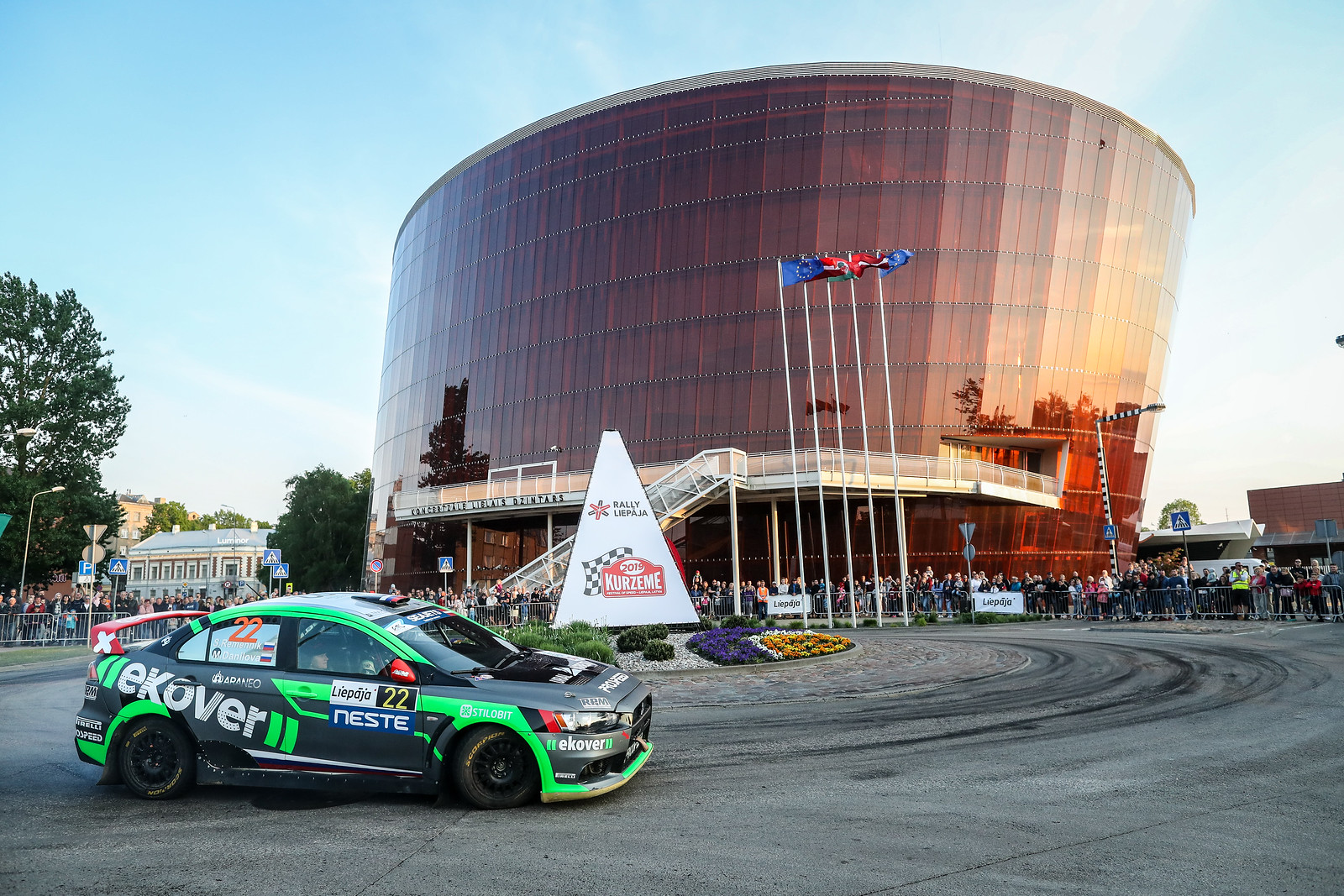 After the last three rounds there is an interesting situation in the intermediate ERC2 classification: the first two positions are occupied by Juan Carlos Alonso and Zelindo Melegari in N4 group cars, and the third place was taken by Andrea Nucita in the RGT-group vehicle.

Sergei Remennik and Marina Danilova will go to the next FIA European Rally Championship round that will be held from 28 to 30 June in Poland – PZM Rally Poland will pass along the roads near the city of Mikolajki, famous for the fact that they were used for the FIA World Rally Championship stages.