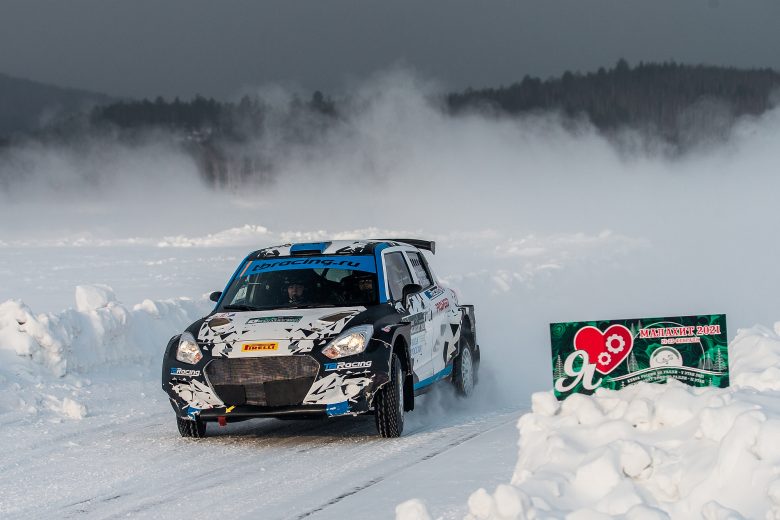 23.02.2021
NewsComments Off on 2021 Malakhit Rally: Remennik and Danilova are the overall winners!

On the second day of the Malachite rally, early in the morning, the sports field moved to Karabash in order to overcome two new special stages one after the other. However, during the night a blizzard broke out and the ice track on the water area of ​​the Bogorodsky pond was swept – the road became narrower and it was difficult to start first. At the “Sak-Elga” special stage that is not wide and full of sharp corners, the snowstorm also slightly changed the reality regarding the recorded notes. And the drivers were surprised that the results of the second pass at each special stage became worse. The crew of Sergei Remennik and Marina Danilova increased the gap from the pursuers to 01:11.5 min. 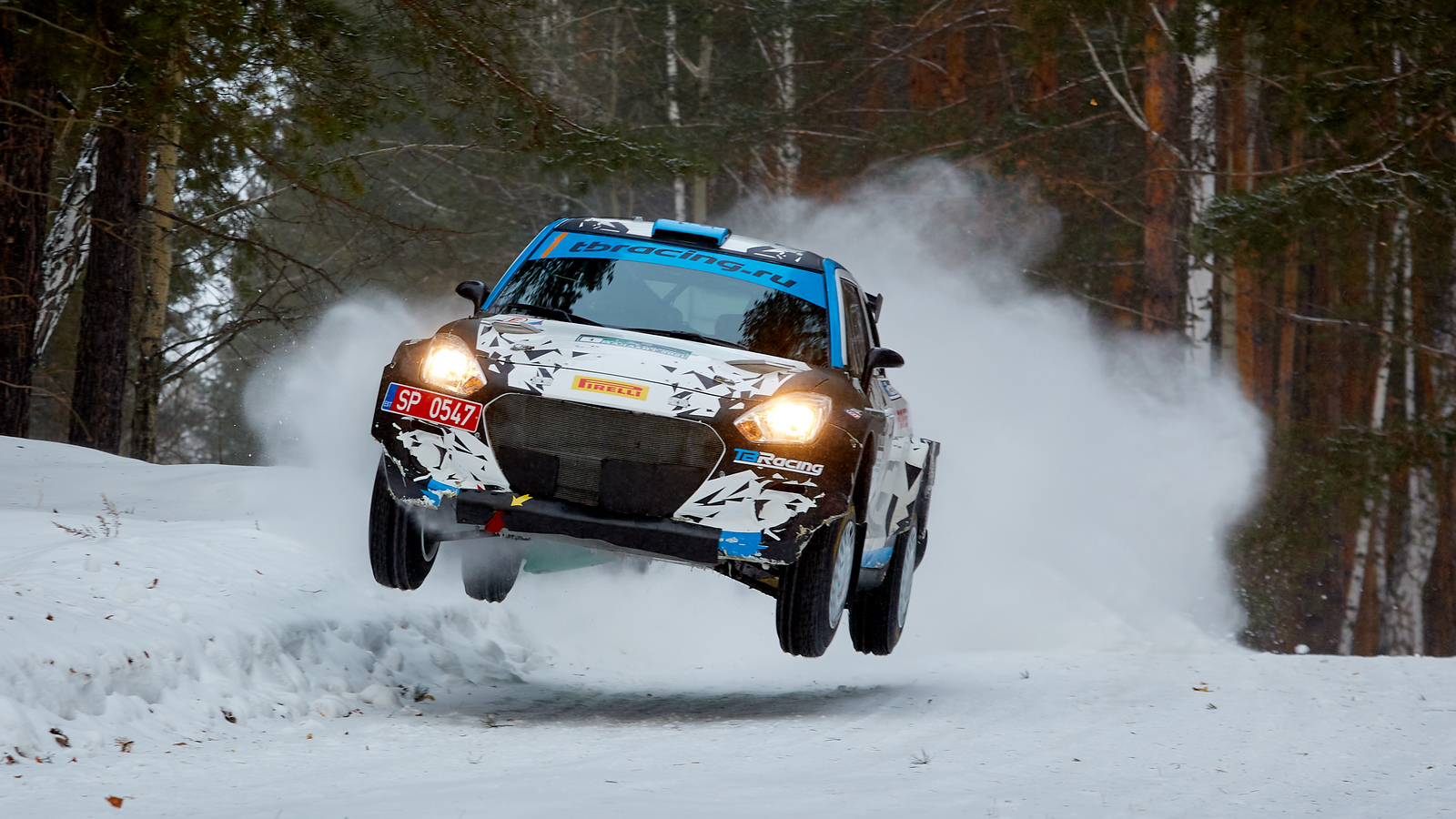 After a service break, the final part of the racing day went on a well-known forest special stage along Lake Akakul in the Ozersky District of the Chelyabinsk Region. A blizzard raged all over, sweeping the roads and throwing snow dust into the air with white curtains, and the wind chilling reached -41°C. Despite the difficult weather conditions, the rally participants reached the finish line without incidents, only six crews could not finish – the reasons for the retirements were related to technical issues. 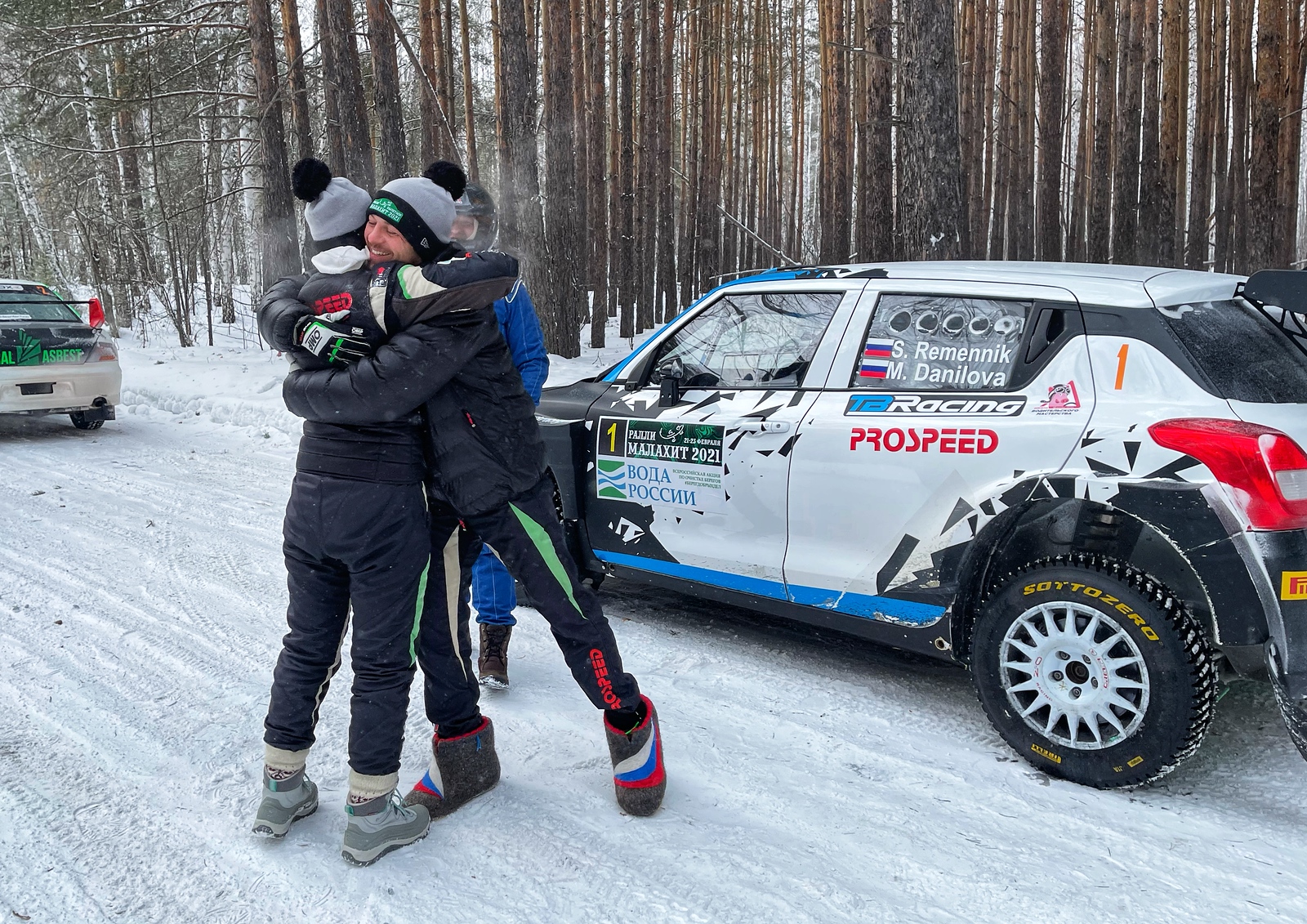 Sergei Remennik, driver, The rally went fine, it seems, we’ve reached all our goals! During the last two special stages there was such a “safety struggle”, because the roads were swept, we could see nothing in a snow dust; in some places we touched an asphalt with our wheels – it was slippery there, but in the forest part of the route it was loose and difficult to turn. I also observed my Kyshtym’s tradition – to miss some corner and drive straight ahead (past the special stage).

The car is expectedly comfortable to drive on the ice. In terms of the response time, it forgives steering mistakes; the car is really easier to drive – the steering rack is shorter, you make less movement. In this car you can start braking much later, than in N4 class vehicles. Everything is quite comfortable, and, in general, the car is cool, I’m glad that our test program goes as it was planned.

The rally in Kyshtym is wonderful, as usual! The weather pleases us (it’s sarcasm), there was such a white wall at the last special stage, that we could see nothing – it was cool! It’s really great that there are different races not far from home – we have a rally in Asbest, there is Malachite, there are Vyatka and Barda. It’s great that in the Urals you can participate in the different and interesting rallies with simple logistics and low costs”. 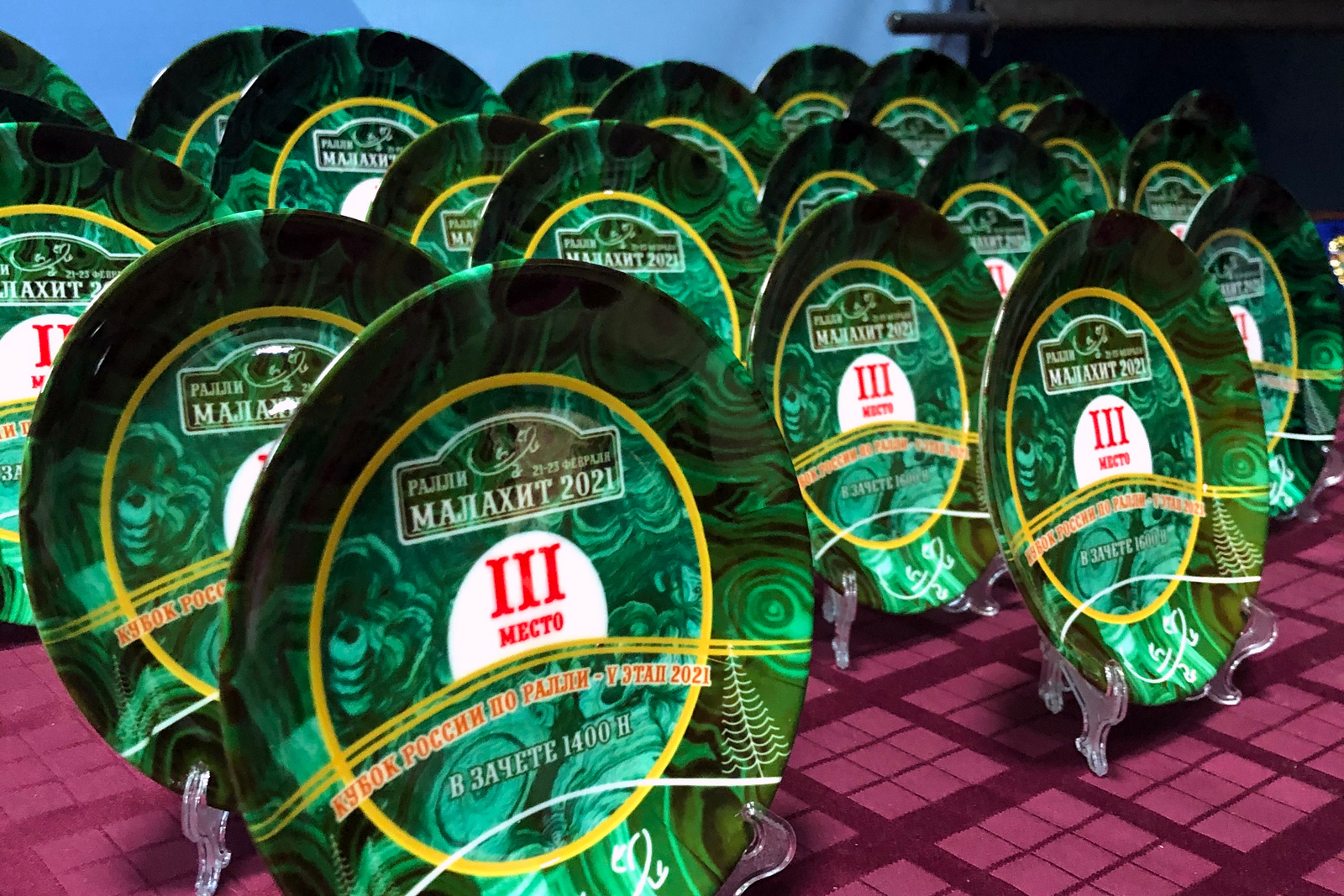 In addition to tackling the test tasks, the crew of Sergei Remennik and Marina Danilova won the 2021 Malachite Rally, leaving the closest pursuer 1.5 minutes behind them.

« The first day of the 2021 Malakhit Rally ended with the dominance of Sergei Remennik
Baja Russia Northern Forest: Sergei Remennik and Yaroslav Fedorov debut in cross-country »