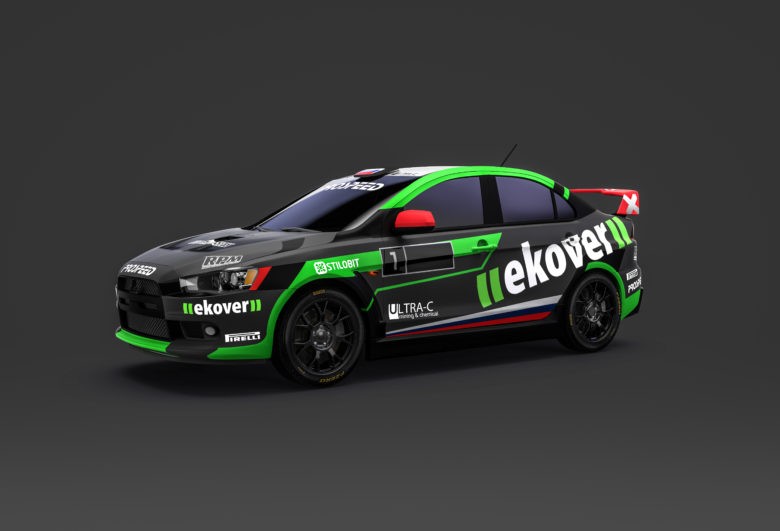 The final round of the FIA European Rally Championship – Rally Liepaja 2018 – starts on Friday; the winners in those categories where they have not become known ahead of time will be announced. There are no strategic and tournament tasks for the Russian Performance Motorsport team – Alexey Lukyanuk and Alexey Arnautov won the European Champions title* 2018 ahead of time! Sergei Remennik and Mark Rozin, having a strong second position in production category ERC2, decided to complete the European tour “swinging from the chandelier”!

Rally Liepaja first started in 2013 as the FIA European Championship winter round, but due to anomalous warming in 2016 it became an autumn event of the series. The new date effectively made for an all-new rally as crews adjusted to gravel stages free of snow and ice. The roads of western Latvia free from snow and ice still attract a large number of participants from Europe, the Baltic countries and Russia. Having become the final point of the season, Liepaja turns into a popular place for both the sports teams and the rally fans for a whole week. Rally Liepaja 2018 is included in the program of the large “Festival of Speed Kurzeme” that combines the motor sports into a large entertainment program, so spectators will be able to see speedboat racing to the city’s Tirdzniecības canal, plus other motorised attractions to the local area.

The final rally of the season field is traditionally representative – in addition to 35 crews in the international standings, 77 vehicles of the national championship will pass along the roads in the vicinity of Liepaja. For the Latvian Rally Championship participants two competitive days of the rally will be the sixth and seventh rounds of the series.

The Uralian crew of the Russian Performance Motorsport team had a test session, setting up a recently built vehicle for the local gravel tracks. The short special stage chosen for the test runs reflects the local roads character best. The day was ok – Sergei Remennik, Mark Rozin and their coach Alexey Lukyanuk were satisfied with the work done.

Sergei Remennik, driver, “We had tests and now we feel a big break – we had a lot of time from the previous race; last time I was driving a rally car in Rome, and, unfortunately, there was no practice from that moment. We were tied up with the main work, and the situation in the series after the Italian rally was quite obvious. We are not caught up by Juan Carlos Alonso, going third, as we can’t get Tibor Erdi. There are no tactical tasks for Rally Liepaja; it is not necessary to participate in the race, but I miss driving so much, especially since this race is “home” for our team, because we are served by a team from Latvia! At the end of the season we will plan what we to do next – where we will participate and how. I don’t expect any good results after a long break, but I’d like to drive the race steadily and enjoy it!”

Mark Rozin, co-driver, “Do you know why this is the best race of the season? Everything is very well organized here, it is close to the location of our technical team; we are in the company of friends, we don’t need points and there are no pressuring tasks – we came to enjoy and the result will be corresponding. Our Lancer has a new livery! Cheer for us!”

The rally events begin on Friday: free practice and qualifying special stage “Latvia 100 (Dunalka)” (3.02 km) take place in the afternoon; in the evening, after the rally cars passage through Liepaja streets and promenade, the Ceremonial start takes place. It should be noted this year the rally will again become closer to the audience – residents and guests of Liepaja will be able to walk through the service park, as the organizers returned the “rally town” to the Jaunliepaja market square, located a few minutes walk from the rally headquarters.

There are 12 special stages, six of them are scheduled for Saturday and six more for Sunday, including the longest special stage of the race, the 24.99-kilometer “Liepaja (Tebra)”. The total rally distance is more than 824 kilometers; 205.83 kilometers of them are competitive.