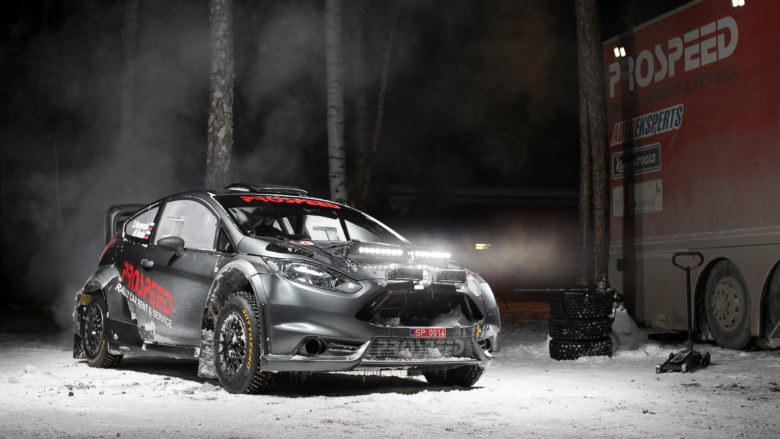 Winter tale in a malachite forest: Sergei Remennik and Mark Rozin start at the fifth round of Russian Rally Cup

22.02.2019
NewsComments Off on Winter tale in a malachite forest: Sergei Remennik and Mark Rozin start at the fifth round of Russian Rally Cup

The new sports season for the Russian Performance Motorsport crew of Sergey Remennik and Mark Rozin will begin on 23 February in the Chelyabinsk region at the “Malachite 2019” rally that is the fifth round of the second main national rally series – the Russian Cup.

After the final last year’s rallies Remennik and Rozin took a significant pause; by this time there is no exact calendar of performances for the current sports season, but they really want to drive. What to do in this situation? Wait, the Prospeed team has built a new car for Stanislav Travnikov quite recently; why not to borrow it from a friend and drive along some tracks that are familiar for Sergey and Mark?

Sergei Remennik, driver, “Everything is easy! We are interested to try what the “Prototype” is and whether it is worth thinking further in this direction, or maybe not. Rally “Malachite” is very close, almost near – why not to drive? Of course, our native Asbest (where one of the Russian Rally Cup stages took place) is much closer, but we didn’t have time to bring the car there. We’ll try the “Prototype” in real rally conditions; except this Mark and I will drive the race so that we can work more together before the Azores rally. After all, none of the tests give such a dense work with making and reading the notes. I think, today there are no problems with the speed, as practice shows, but there are questions with the notes writing and perception.

We have several test days scheduled before the rally start; we need to adapt the car to me (work with the settings, the seats adjustment). It’s not right after a long break to get into the car and go racing. We will get to know the car closer for a day or two and then we’ll participate in the race”. 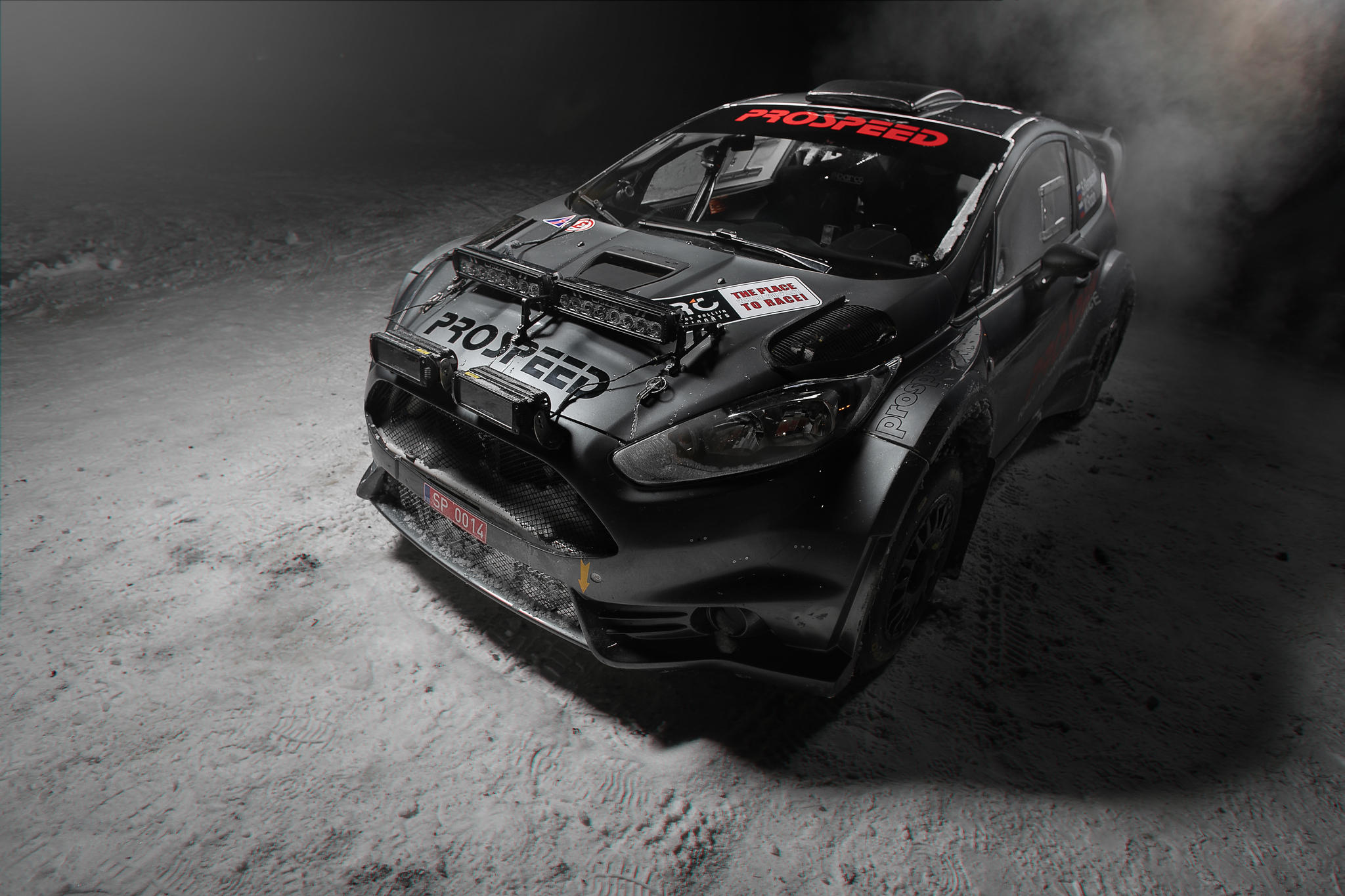 Would you like to get acquainted with a sports car? The “Prototype” class car, built by the Latvian sports team Prospeed based on the Ford Fiesta:

The controllability and suspension travel of the “Proto” is very similar to the R5 class cars that take part in the world series. And, of course, the prototype is lighter than the mass-produced cars that Remennik has used to take part in the rallies for a long time. Proto class cars are allowed to participate in the overall standings at competitions in the Baltic countries and Russia. And this car has already “tasted” the winter rallies “Sarma” and “Peno 2019”.

Expecting the start in Kyshtym, Sergei Remennik had the two-day tests on a frozen lake ice and on the “Cross” special stage in Asbest. The driver tried the car’s behavior: way it slides, jumps and passes different types of turns. 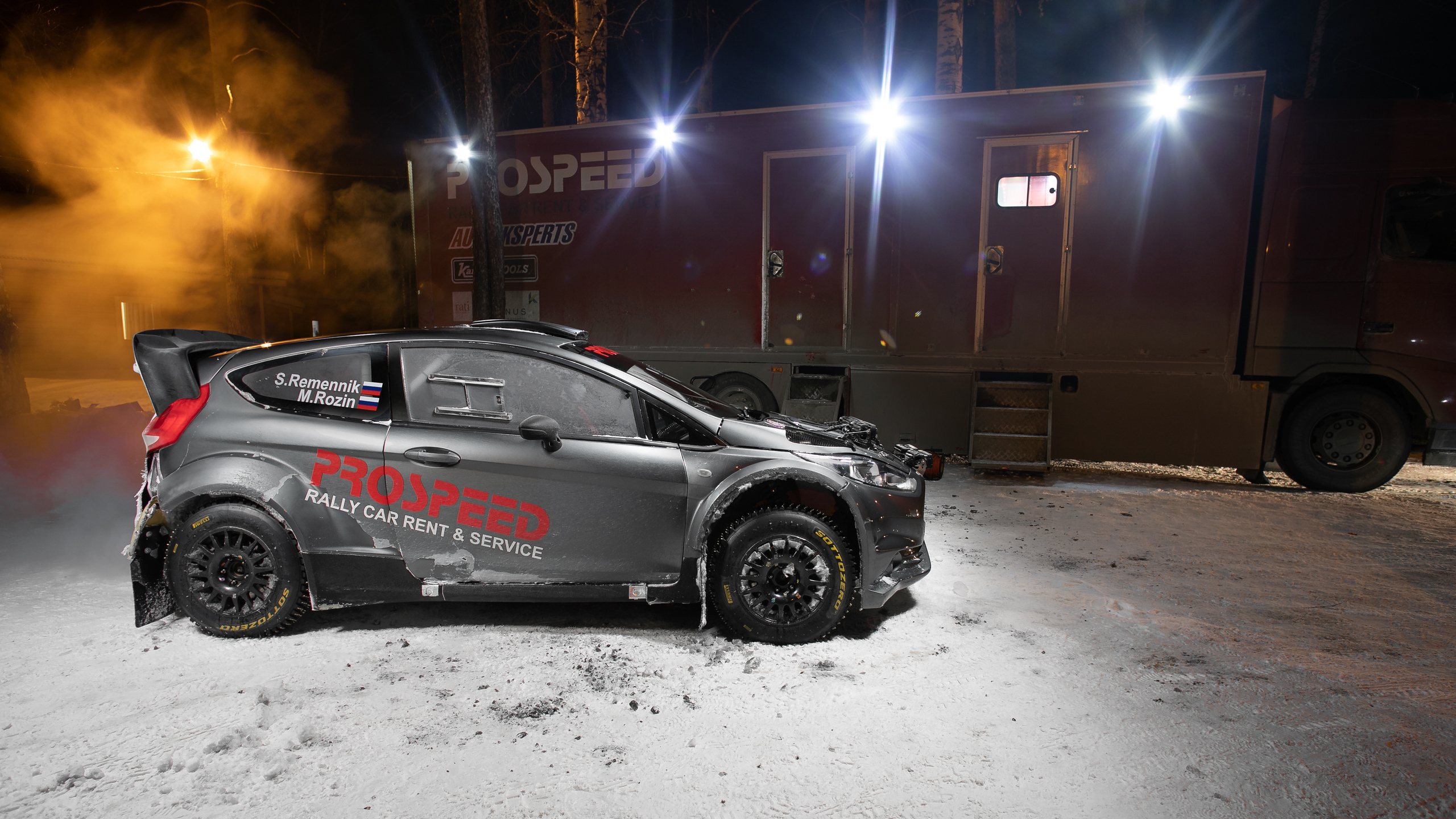 Sergei Remennik, driver, “The prototype is awesome! But there are a lot of unusual things, for example, with braking and gear changes on time. If we compare it with the vehicles we know, the Fiesta is much lighter, its base is shorter; it is more nimble, it has completely different inertia and aerodynamics – and here it is necessary to change the ways of driving. Of course, this is much more interesting sports equipment than the usual Mitsubishi Lancer. The prototype is “screwing” right in some turns, and the brakes are very tenacious!

But it is necessary to get used to this car. Now it is quite possible that we can drive even slower than in the Lancer simply because I don’t fully understand the possibilities of this car and how it will behave even in relatively familiar situations. We’ve seen it during the tests. But one thing is when you have become accustomed to a learned road and drive fast, and another thing is when we follow the notes. I feel great! I really like the car, I feel happy driving it!

During the tests we remembered that the steering wheel is on the left, the gas pedal is rightmost; the co-driver also sits on the right. He has a notebook; he writes first, and then reads from it (laughing). So we’ve decided to drive the rally in order not to forget about it and recharge batteries! That is, our task for the race is to work with the notes, so we’ll see at the finish what we get from it”.

The “Malachite 2019” rally will be held on 22-24 February, in a two-day format, the total length of the distance is 192 km; it is divided into three sections with eight special stages. The organizers placed the Ceremonial start of the rally at the architectural monument gates – the historic manor “White House” of Nikita Demidov, built in 1757.
The rally is held in the Chelyabinsk region, 155 km away from Yekaterinburg that is by Russian standards it is almost “home” race. Rallies on these roads of the region have been held for 14 years. And the “Malachite” rally first appeared in 2008.

What is malachite?
Malachite is a beautiful mineral (one of the copper carbonate compounds), having a distinctive ornate pattern with a varied range of green shades and overflows. It was discovered in the Urals in the 18th century. The stone-cutting art began to flourish after 1814, when Nikolay Demidov in metropolitan St. Petersburg received samples of “radiant malachite”. Large artworks were made from it – facing the interiors of palaces (about 3276 kilograms of mineral rock were spent for the Malachite Hall in the Winter Palace of St. Petersburg), as well as small art products: flowerpots, vases, caskets, snuff boxes, and inkstands.

Who were the Demidovs?
The Demidovs are a family of the rich Russian entrepreneurs (manufacturers and landowners), succeeded in times of Peter the Great. They are also the founders of many Ural cities that developed from settlements near the metallurgical plants.
Among the representatives of this family there were talented metallurgists and organizers of industrial production, as well as scientists, literary and art figures, philanthropists, who left their mark in many cities of Europe, including Florence. For a great financial and cultural contribution to the life of the city, the Demidovs family was honored to be immortalized on the facade of the Cathedral of Santa Maria del Fiore – their family coat of arms is still visible there today.