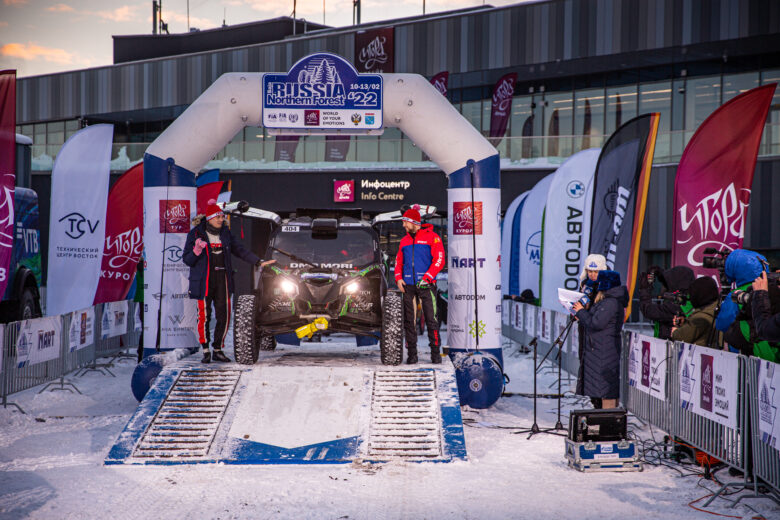 …no, not “vici”, of course. But under the current conditions, finishing in the top ten on the very first special stage of the debut cross-country rally for the crew is akin to a small victory.

Sergei Remennik and Yaroslav Fedorov received their Can-Am Maverick X3 literally five minutes before the start of the special stage. Unfortunately, the team failed to solve all the problems of the vehicle readiness for the start of the event, and the Ural crew had to overcome the distance with navigation equipment that did not work correctly, in fact hob-nob! However, the debutants coped with this difficult task and finished in the top ten of the overall standings and fourth in the T4 SSV standings.

Sergei Remennik, “It was my first special stage in the cross-country rallies! It is very unusual to drive without the notes. The positions are, “Well, somewhere there pay attention, there is a pit. Drive so many meters using your eyes, and then turn right and uphill. After so many meters there is a hairpin”. That is, roughly speaking, these are such landmarks that only allow you not to move past the road. And do not miss at the forks. And so, everything that happened, I understand – this is not a classic cross-country. This is a unique event. So we’ll see. There are more and more questions, and I also have unsatisfied curiosity. I wonder what will happen next. And I want to be at the finish line!”

After the completion of the qualifying special stage the competitors who set the top ten results chose their starting positions for tomorrow. As a result, Sergei Remennik will start the eighth in the order of starters – immediately after the Spaniard Miguel Angel Valero.

A round of the Russian Cross-Country Championship is also taking place as part of the Baja Russia Northern Forest. And here the crew of Sergei Remennik and Yaroslav Fedorov showed an even better result – the seventh place in the overall standings and the third in the T3 standings!

The second day of the race will consist of six special stages.