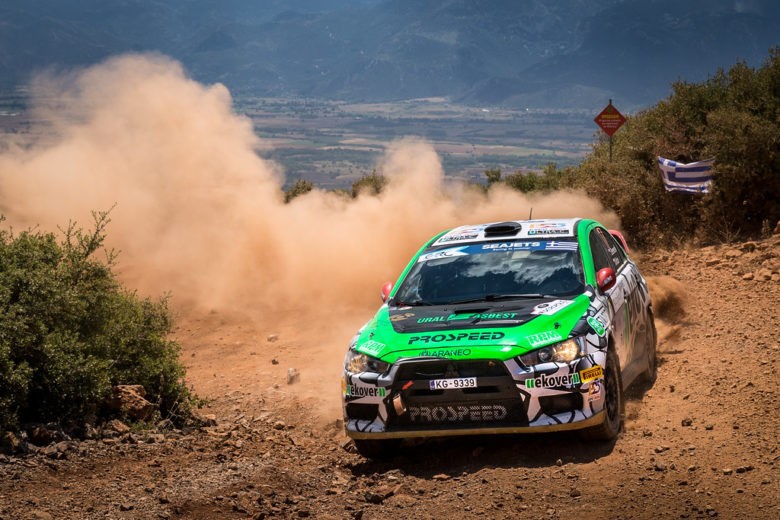 Greek round of European Championship: Battle of Thermopylae

03.06.2018
NewsComments Off on Greek round of European Championship: Battle of Thermopylae

The legendary Acropolis rally started yesterday in the Greek capital. The Friday route turned out to be rather stretched: passage through the starting arch in Athens, a short paired spectator special stage at the Olympic racetrack, and then the longest competitive special stage at this FIA ERC round – 30.53 kilometers. The Acropolis rally showed its bad and demanding character literally in the first turn – both crews of Russian Performance Motorsport team dismantled the tyre one after another and lost 12 seconds to the best result in their categories.

None of the rivals expected such a “gift” from the crew of Alexey Lukyanuk and Alexey Arnautov. Estimating that the starting position for Saturday is determined by the crew position in the statement by the first day results, guys decided to catch up the lost time. And they have done it! According to the calculations, the advantage in speed was 1.5 seconds from the kilometer, as Lucas “brought” the temporary leader Norwegian Eyvind Brynildsen 44.5 seconds after SS-2! 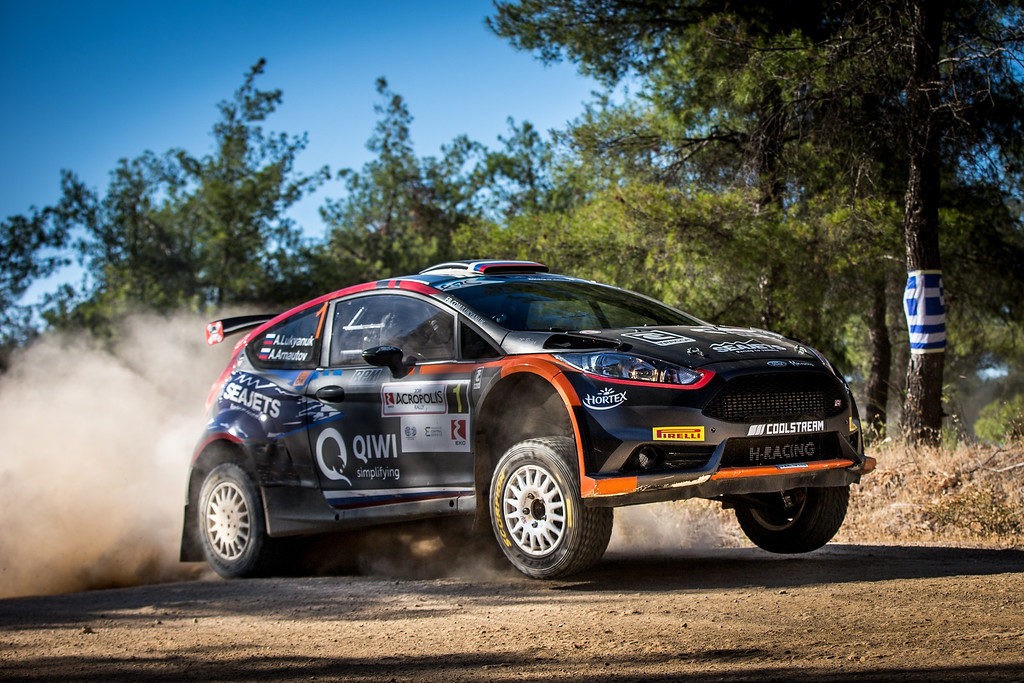 Alexey Lukyanuk, driver, “It was clear that it was necessary to play a backlog somehow in order to rise in the day results. So we’ve gone! I don’t know what others did, because I was cautious in places, and sometimes I drove normally. We have the very good pace notes; and it’s great that we drive quickly from the first pass at the new special stages for everyone – this road has never been used. Of course, I’m pretty much tired, my hands ached at the end… but when we finished we felt that we were working!”

Usually Sergei Remennik and Mark Rosin show themselves at the spectator special stage quite successfully, but not this time. After the finish at the racetrack and the wheel replacement, the Urals crew tried to drive restrained, testing the surface and adjusting to the speed of the main competitors in the fight for the European champion title – Tibor Erdi and Juan Carlos Alonso. Erdi added much in pace compared to the last year. And now it seems he does not exert himself too much, driving away from his pursuers. The ERC-2 crews were located at the finish on Friday as follows: Tibor Erdi, Juan Carlos Alonso and Sergei Remennik behind him by 08.9 seconds. A full racing day, the results of which will go to the bonus points, started only on Saturday. It sound really epically, but the day special stages were located only ten kilometers from the historical site of the Thermopylae – the most famous battle of antiquity. In European culture, when it is mentioned, first of all the valor and courage of the Hellenes are emphasized.

It was a fair amount of courage that almost every crew had to find in themselves, as the news from the track reminded the chronicles from the front of the military actions: a tyre puncture, another puncture, a puncture of two tyres at once, a replacement, fallen out interphone systems, broken suspension parts, pierced radiators and even a takeover – the crews from the top ten virtually went away somewhere to the end of the field. 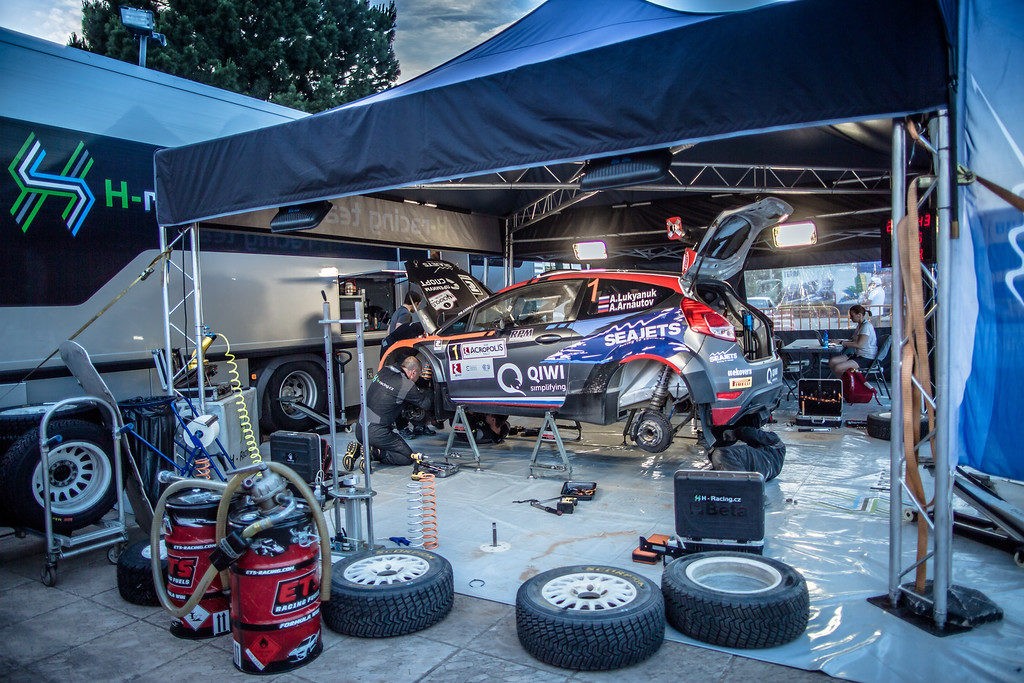 During Saturday the goddess of luck and destiny were showing all the variability of the world, its instability and chance, having thinned out the field. At SS-5 Alexey Lukyanuk and Alexey Arnautov were lucky enough to fix the suspension malfunction. The lever replacement directly at the stage – it took more than 14 minutes, the broken drive and the risk of not arriving to the TC on time led to the crew decision on retirement and return to the team location. Tomorrow guys will start with the help of “rally2” system.

Sergei Remennik and Mark Rozin finished the day of “battle” in the third position in their standings; they also had problems with the tyres. The crew seemed to be trying to fight with the Hungarian Tibor Erdi, and it seemed that it worked. But by puncturing the tyres, the Urals “pushed” themselves from the top two positions at the end of the day. Tibor Erdi can be called a lucky one who avoided all possible problems with vehicle and tyres, and won all Saturday special stages in ERC-2. 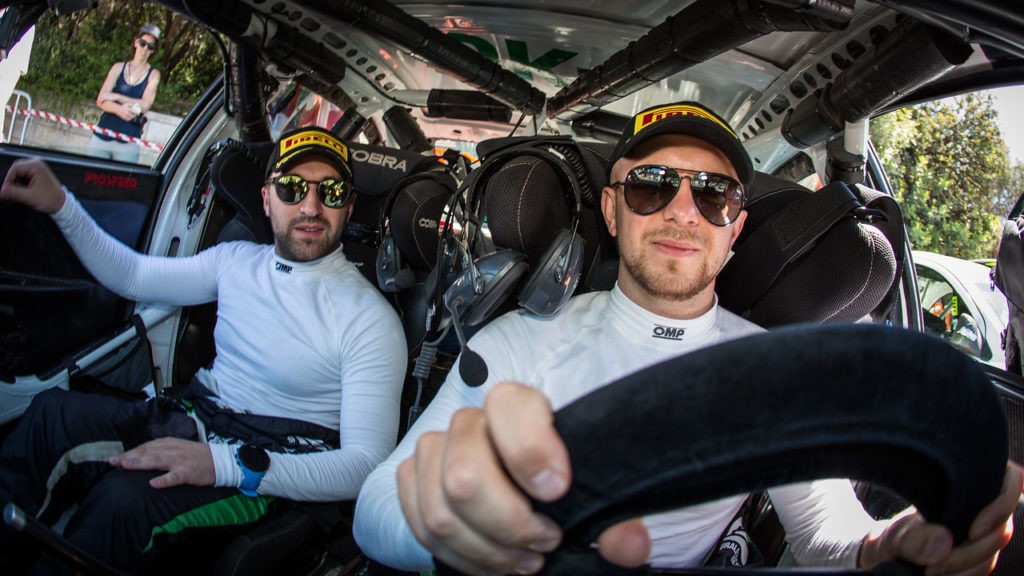 Sergei Remennik, driver, “The race is cool, I’m very pleased to finish the day, because we had an open gestalt from last year (laughing). Everything is fine, but we had a puncture at today’s second stage – we lost the front left wheel, it was very unpleasant. So we lost all hope for fighting with Tibor Erdi. But, frankly speaking, we didn’t push hard on these stones; when I saw the stones, I slowed down, trying to ride carefully. But nevertheless, we somehow managed to puncture the tyre. And the car got some damage after that – we slid to the rock and I, as I could, pulled the forecarriage from the stones, but the rear end still hit. At the next stage we also punched the rear tyre, but it was purely my fault – I drove too optimistically shortly before the finish.

We finished the day with improvised slicks, trying to drive even more carefully so that not to tear off anything, not to puncture the tyres, because all the stones that were hidden beneath the layer of soil and sand exposed themselves. And the car doesn’t brake at all on these stones! Well, it’s very unpleasant! The race is not extremely fast, but very tough; on the other hand – it’s a very interesting experience. Of course, the punctures unsettle. But everyone had problems due to the hard surface; and it was very unusual to see the results, where there were not so many crews in front of us”. 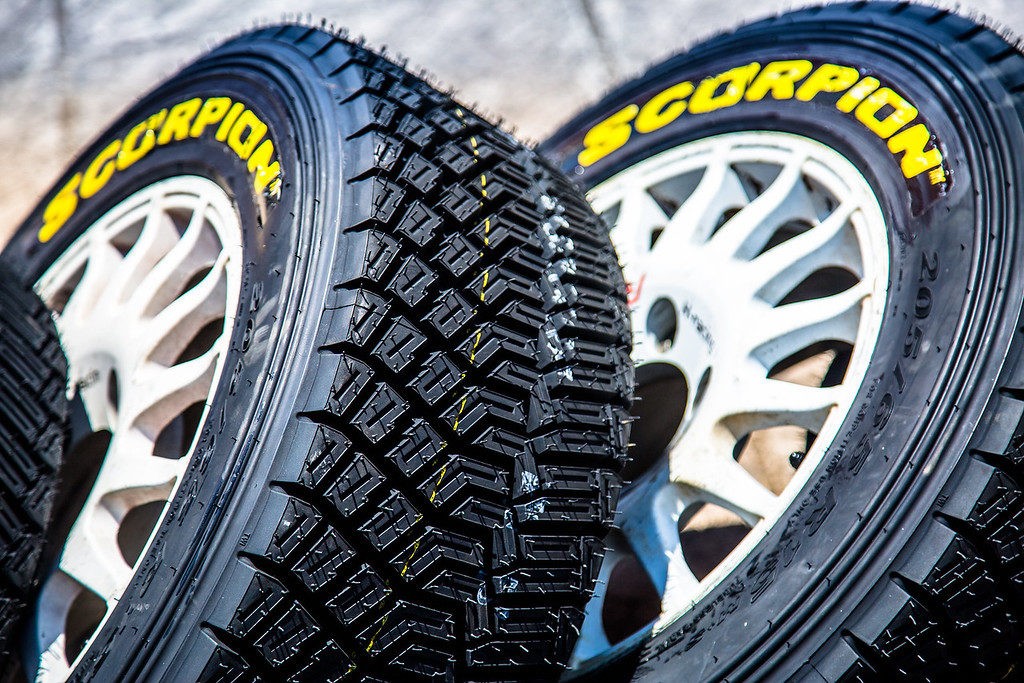 On Sunday the participants will tackle two different special stages that they will pass twice a day and 81 kilometers of competitive distance. And in the afternoon there will be a ceremonial finish and the prize-giving in Lamia.