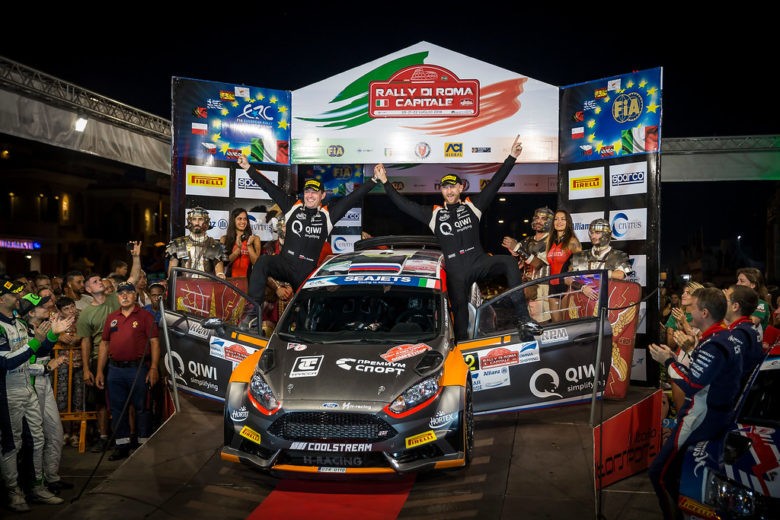 23.07.2018
NewsComments Off on Russian Performance Motorsport – won the fifth FIA ERC round!

The fifth round of the FIA European Rally Championship finished on Sunday in Rome. The Russian Performance Motorsport team crew of Alexey Lukyanuk and Alexey Arnautov became the overall race winners; the second crew of the team – Sergei Remennik / Mark Rozin rounded out the top three of ERC-2 category.

It seems that the Italian race was excluded from the European Championship calendar not for nothing: after returning in 2017 the inconsistencies were relatively forgivable, but no one expected such a mess in 2018. 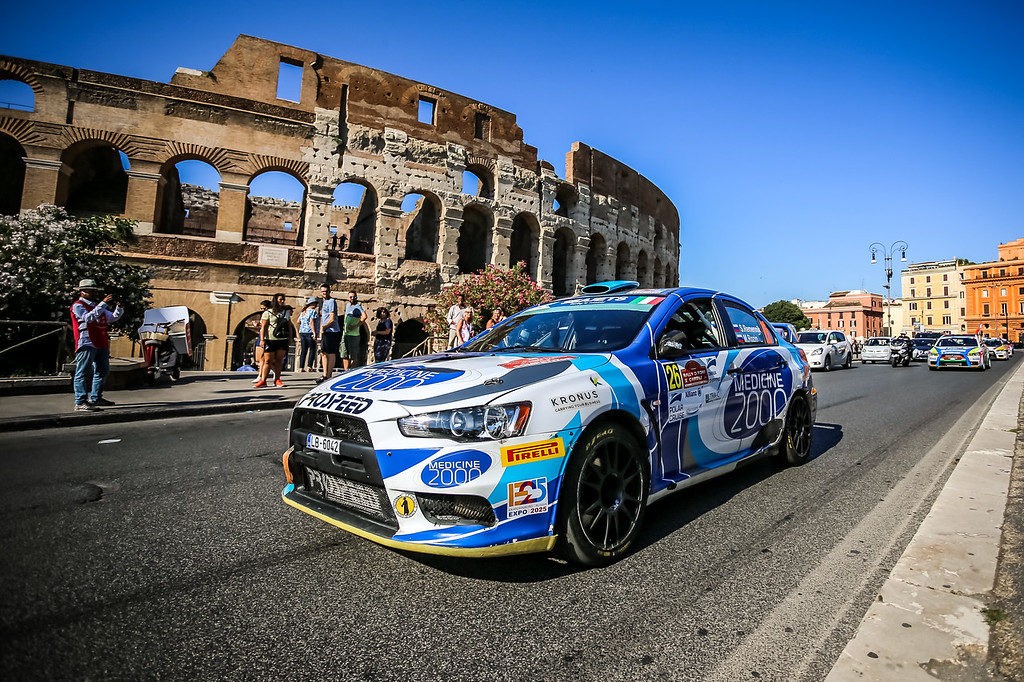 Yesterday the schedule was shifted for an hour and a half. The final day of Rally di Roma Capitale was extremely challenging in terms of the organization and began with the first special stage (SS-9) cancellation for security reasons. It was the longest stage – 28.6 km, repeated at the first and second sections of the day; the participants were right to apprehend that the number of high-speed kilometers would be drastically reduced. The struggle on the track resumed only at SS-10 that started with a half-hour delay, and that delay “dragged” the rest of the day timing behind it.

Having decided that Giandomenico Basso would not rush, Lukyanuk and Arnautov slightly slowed down the pace at the beginning of the day. And it was a good lesson for the crew: as they confessed later, if the SS-9 had not been canceled, they would have lost half a minute, because Basso pushed hard. But Lukyanuk also raised the pace, won back some time at SS-11, so the first section of the second day ended with the RPM crew leadership. 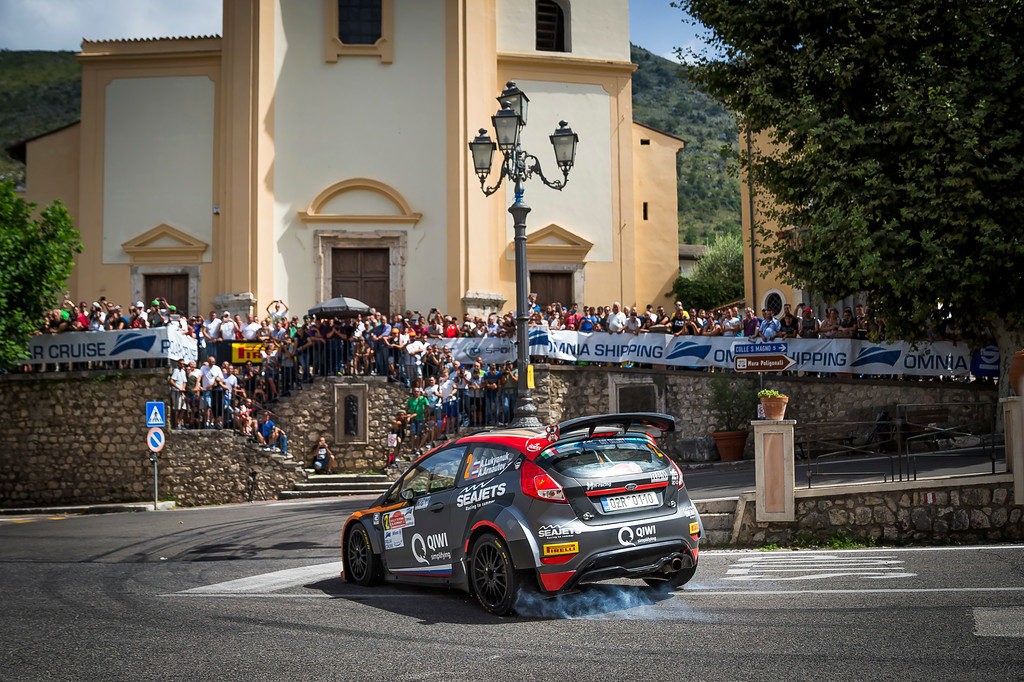 At the beginning of the second section that surprisingly started with a delay of just under 10 minutes, it seemed that the organizers had coped with all the sudden upheavals. The fight at the 12th special stage resumed to the full: Nikolay Gryazin and Simon Campedelli returned to the race with the help of Rally2 system with renewed vigour and enthusiasm, while the overall favorites of the race did not stop their opposition: Giandomenico Basso approached Alexei Lukyanuk for 0.8 seconds.

In the middle of the second section the gods of order turned away from the organizers again: the accident with Paolo Andreucci at the 13th special stage crossed out all attempts to regulate the competition schedule somehow – the damaged car stuck across the road and blocked traffic. The crew was fine, but the organizers had to spend time to restart the special stage – the field was delayed for half an hour, and then to decide what time to assign to those who got stuck on the blocked track because of the road incident. In addition, problems with reliable results publication began that disrupted the situation even more. 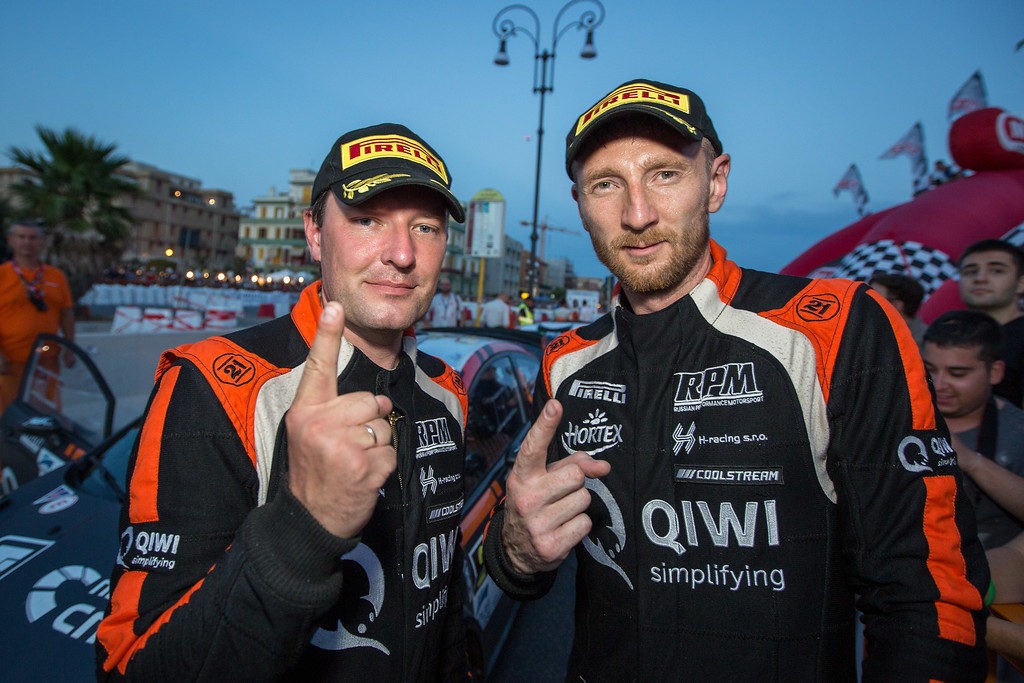 Alexey Lukyanuk, “To be honest, we are tired given the number of liaisons, the terrible heat, a small amount of sleep due to changes in the race schedule, the field delay. The goal was not to risk, we were psychologically ready to give the first place for the sake of points. We chose a good reliable pace; the last two special stages were passed well; although because of the Andreucci accident at the 13th special stage the field was delayed, we had to start with cold tyres, so we drove the first few kilometers carefully, so as not to make mistakes”.

As a result, Chris Ingram’s time was added to Basso at SS-13; Lukyanuk won SS-14 and added another 1.2 sec. to his gap from the main opponent, so by the second section results the Russian driver steadily led. After a short spectator special stage the situation did not change much: Alexey Lukyanuk and Alexey Arnautov won the Rally di Roma Capitale with a 7.5 seconds lead from Giandomenico Basso. Grzegorz Grzyb was the third with a lag of 1.04.2 seconds.

Alexey Lukyanuk, “It was an excellent fight, super experience on asphalt roads, I’m happy despite the organization of the race with constant delays and our lack of sleep – these emotions cover everything! The team worked perfectly; all our partners, crew and mechanics made this victory possible! We move on!» 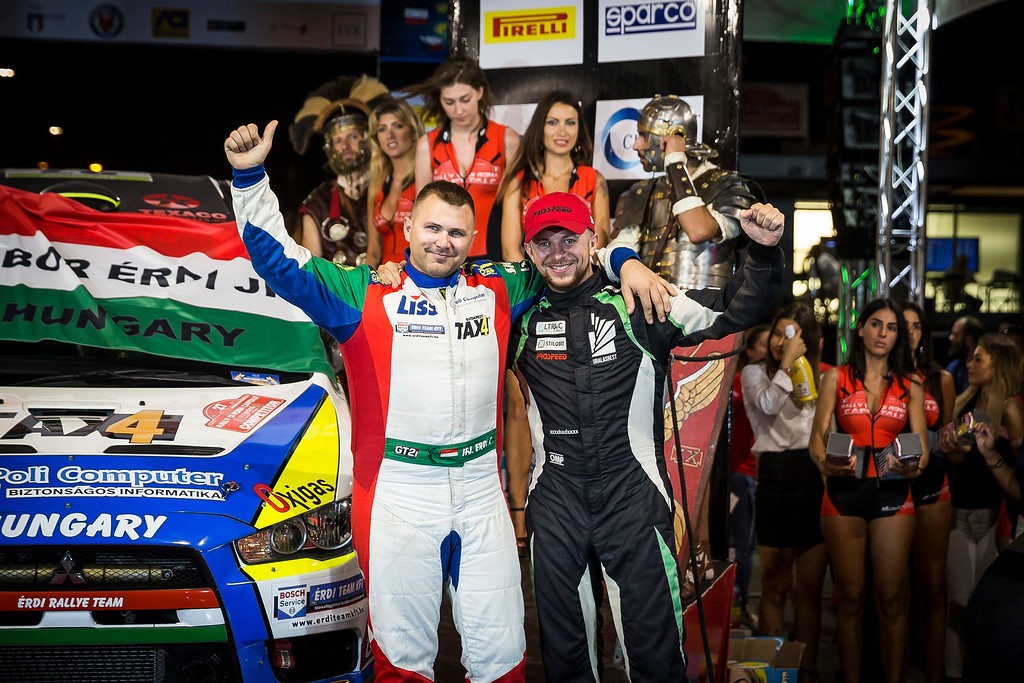 The Uralians crew of Sergei Remennik and Mark Rozin continued the battle with the road in an unusual car. After not the most successful results of the first day it became clear that the goal is to keep the lead in the category cannot be justified due to minor technical problems, and it was not possible to overtake Tibor Erdi; the maximum was to shorten the gap to the second place claimed by Juhasz Csaba. During the night the mechanics coped with the problems of engine overheating and intercom system. And the first section of the day even began to please the driver, despite the delays with the competition schedule. But at the second section new problems emerged – the car began to stall.

Sergei Remennik, “Contact on the gasoline pump is not very good – in the middle of SS-12 the car stood still! While Mark and I revived her, we were late for the next special stage. After that the car stalled several times, it drove to the service itself, but refused to leave it at all. We were late for the exit from the service almost for 15 minutes that could have been the reason for the withdrawal from the race, but in the last seconds we managed to drop to the TC and continued to drive. There is no motivation to go, although we like the route today. It is a pity that we can’t drive here in our tuned and prepared car. So we’ll celebrate what we’ll achieve”. 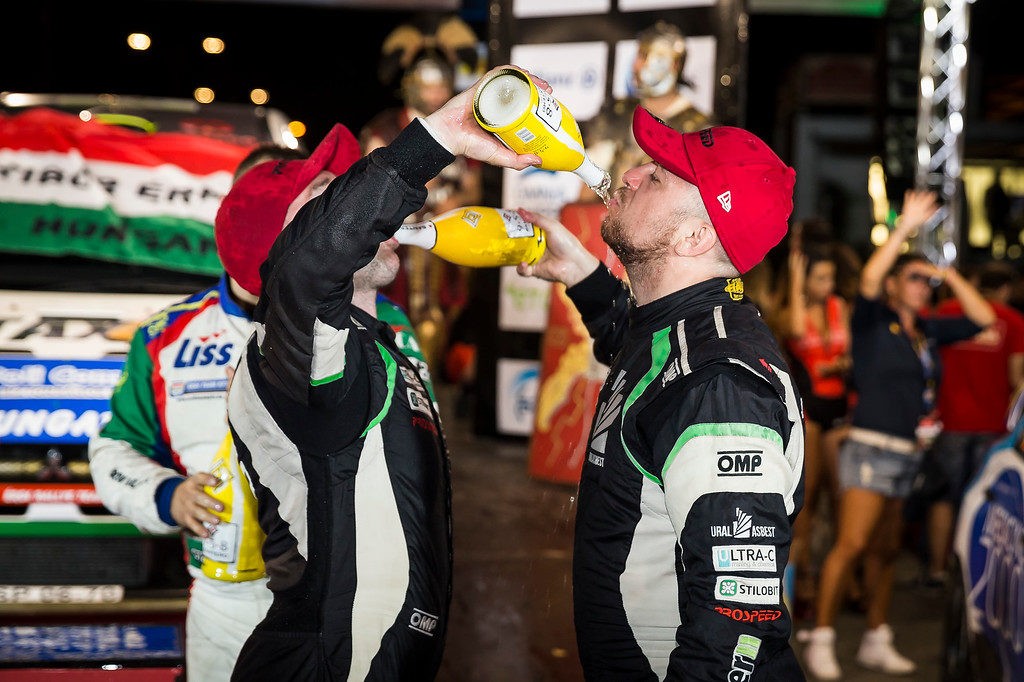 Despite the decadent mood of the driver, guys steadily set the second time on the rally track and even won the spectator special stage; so as a result of Rally di Roma Capitale they secured the third position in the Production category.

Thanks to the third victory at the current championship, Alexey Lukyanuk scored 38 more points and regained his leadership position in the overall standings (120 points in total), displacing former leader Bruno Magalhaes (111 points).